Speaker of the House of Representatives says #LetTaiwanHelp 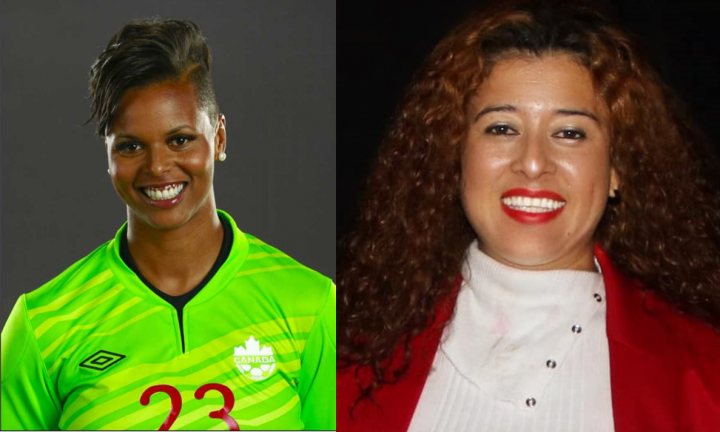 In February, Centeno who is the National Women’s Football Director at the Football Federation of Belize (FFB), completed the Concacaf “C” Football Coaching License course leading the department by example.

“Congratulations to Iris Centeno,” said LeBlanc. “Massive achievement. Over here at CONCACAF we thank you for your support. Thank you for your commitment to the women’s game and the game of football, but most importantly, your commitment to growing the game in your country. I have a feeling, a strong feeling that we’ll be seeing a lot more women following your footsteps. So, congratulations once again.”

Le Blanc, who was a star goalkeeper for many years, represented Canada in five Women’s World Cups, in the 2008 Olympics, and in two Pan American Games.

In her message to Centeno, she also said she hopes the women’s game in Belize keeps growing.

The FFB’s Women Department “is aimed at growing the involvement of women in all facets of the sport,” said Yashmin Juan, the FFB’s Communications and Marketing Director.

During her football career, Centeno who is from Maypen in Stann Creek played for the Belize National Women’s Team for several years.

She started out with the Maypen primary school before moving on to Georgetown High School, followed by the Delille Pumas before playing a season with Petén Itzá in Guatemala. She also suited up for the Triple B’s with whom she won the National Championship in 2013 and was named the best midfielder.

In 2016, she played for the Lightning Strikers and in 2017 she joined Jewel Fury. Though they lost the championship match that season, Centeno was named the Finals’ MVP.

Afterward, she founded her own team, Las Rumberas, but had to retire from active football after a career-ending knee injury.

Centeno first coached the Mid-South U-15 girls selection winning the National Districts Championship. In 2017, she was named National Assistant Coach for the U-18 Women’s National Team representing Belize in a Central American tournament in Nicaragua. In 2018, she was assistant coach of the National U-15 Girls Team that took part in a Concacaf Championship in Florida, and in 2019, she became assistant coach of the U-17 National Team which advanced undefeated to the second round of the U-17 World Cup qualifiers.

The FFB then appointed her National Director of Women’s Football during which time she has earned her Concacaf “D” and “C” football coaching licenses.