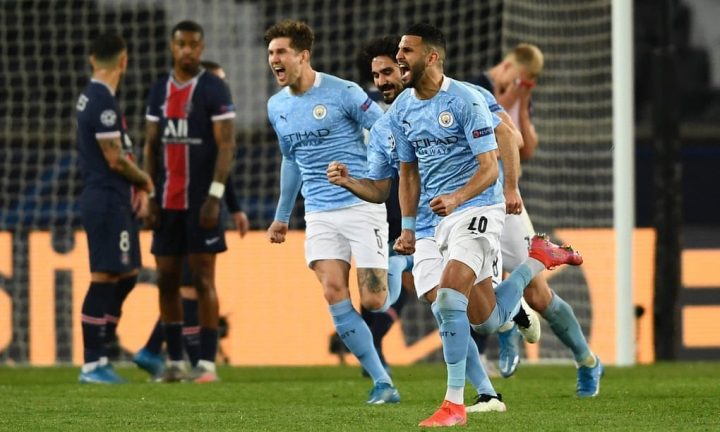 By Rubén Morales Iglesias: Manchester City left Paris Saint-Germain in shock and disbelief tonight in Paris at the Parc des Princes with a 2-1 comeback win after falling behind in the first half.

In the early going, Neymar collected the ball on the left side, crossed in, got it back, and fired a hot shot but Man City goalkeeper Ederson managed to touch the ball which sailed above the cross bar.

Manchester City had a break in the 20th minute, but PSG goalkeeper Keylor Navas was able to control the ball even though he bumped into the post.

Man City had another opportunity when Phil Foden hit directly at Navas. The keeper managed to contain the shot but was unable to control the ball which went upward but Navas jumped up and controlled the ball on the bounce.

The second half was a different story with City controlling the ebb-and-flow.

In the 64th minute, Kevin De Bruyne tied the ball game for Manchester City with a long shot that looked more like a cross into the box. That seemed to knock off everyone including Navas who was shocked as the ball took a bounce and slid in on the far right without the keeper being able to reach it. The PSG defenders were caught like standing blocks unable to defend.

Riyad Mahrez put City ahead in the 70th minute with a free-kick that broke the defensive wall in two between Presnel Kimpembe and Leandro Paredes. Navas stretched as far as he could to his right but could not get to the ball which zoomed in like a rocket.

To make matters worse for PSG, Idrissa Gueye was sent off in the 76th.

The British side now heads home to close off the deal next Tuesday.