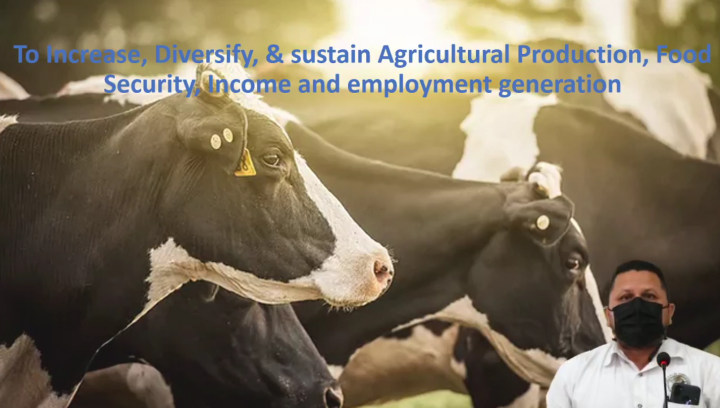 Speaking in the opening session of Annual General Meeting of the Ministry of Аgrісulturе, Fооd Ѕесurіtу, аnd Еntеrрrіѕе’s Annual General Meeting this morning, Esquivel said the livestock industry is advancing its exports to Guatemala and Mexico. More than 24,000 heads of cattle with a value of over $28 million have been exported in the five months he said.

He also made reference to the partial-scope agreement Belize has with Guatemala and the agreements it is entering with Mexico and Taiwan.

The Director of Project Execution Jose Novelo spoke on grains and traditional crops. Novelo reviewed the production of legumes including red kidney beans, black beans and soybeans.  He said the main objective is to improve competitiveness of the sugar, banana and citrus industries and increase foreign exchange earnings.

The production of sugar and bananas improved but citrus production fell last year he said. Citrus would need to produce 3.5 million boxes to break even. Last year the industry only  produced 2.3 million boxes of oranges and 144,847 boxes of grapefruits.

Other presentations were made by Policy Analyst Milagro Matus who spoke on the Ministry’s policies and statistics.

She was followed by Horticulture Program Coordinator Gary Ramirez who touched on Vegetables and Root Crops.