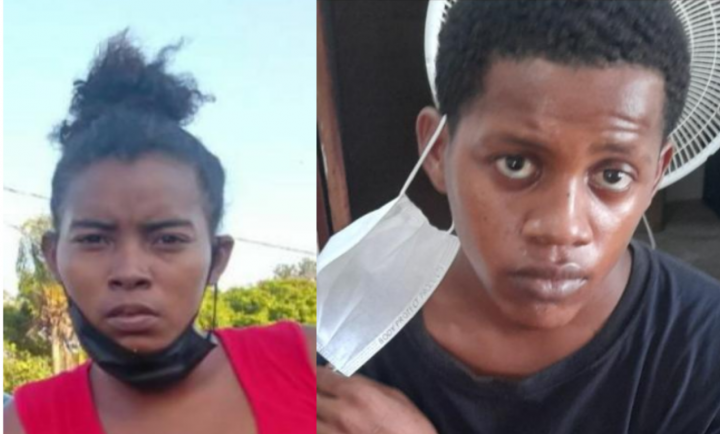 By Benjamin Flowers: Police managed to capture a man and a woman who committed aggravated burglary shortly after they committed the crime as they tried to drive a stolen vehicle through a police checkpoint.

Kimberly Coye 22, a domestic of Camalote Village, and Kobe Dyer 23, of Hattieville Village, were charged for robbing the Golden Motel Inn in Punta Gorda Town, on Monday.

They were found with an assortment of items including cash, jewelry, and beverages, which had just taken from the Motel. There was reportedly a third suspect who managed to escape.