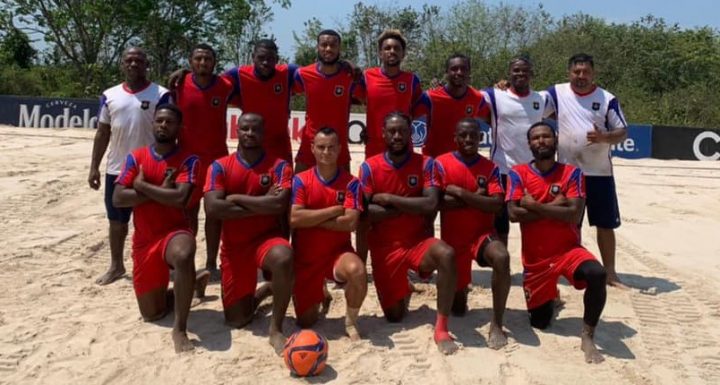 Sixteen players started training at the FFB headquarters in Belmopan for the regional tournament to be played from May 17-23, 2021 at the Fedefutbol Plycem Sports Complex in Alajuela, Costa Rica.

Eleven teams are participating in three groups. The top two from each group plus the two best 3rd place teams qualify to the second round of the tournament. Only the Top Two qualify to the FIFA Beach Soccer World Cup.

The knockout stage will feature the quarterfinal matches on May 21, the semifinals on May 22, and the final on May 23.

Belize is in Group A and will be playing against Mexico and Panama. Guadaloupe withdrew from the tournament.

Belize play against Mexico on May 17 and against Panama on May 18.

Group B is comprised of El Salvador, Bahamas, Guatemala, and Dominican Republic

Group C is made up of United States, Costa Rica, Trinidad and Tobago, and Turks and Caicos Islands

The champions and sub-champions qualify to the FIFA Beach Soccer World Cup Russia 2021. Sixteen FIFA Member Associations will compete in the World Cup.

The BMNBST are training in a bubble at the newly constructed beach soccer pitch in Belmopan.

The team travels to Costa Rica on May 14