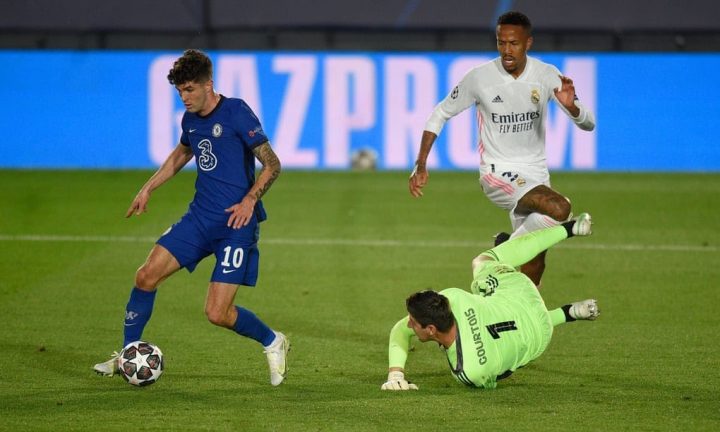 By Rubén Morales Iglesias: Chelsea drew 1-1 last week in Madrid against Real Madrid in the first leg of the UEFA Champions League semifinal and that lone away goal gives them a slight edge going into today’s match at Stamford Bridge in London.

“The challenge will be to keep the intensity going throughout the whole match,” said Chelsea’s manager Thomas Tuchel. “The pressure’s on. It’s the second leg, the decisive one, so to arrive with a certain level of belief and self-confidence is absolutely necessary. Otherwise we have no chance against a team like Real Madrid.”

Real Madrid, on the other hand, are chasing history. They are the club with the most Champions League titles with the 13 they’ve claimed so far. Now they are in the hunt for their 14th and they mean to upset the English-side at Stamford Bridge today.

Their captain Sergio Ramos, missing over the last few games, is back and that should inject much needed adrenaline into a team that was not so well-focused last week in the first leg at the Alfredo di Stéfano Stadium in Madrid.

Chelsea appeared to have put the game away on a goal by Christian Pulisic but Karim Benzema scored the equalizer that has them alive in the home-and-away semifinals.

Madrid will again be depending on the Frenchman surrounded by Vinicius Jr, Tony Kroos, Casemiro and Luka Modric to lead them to victory.

For the home-side, its imperative the middlemen, Ngolo Kanté, Ben Chilwell, Jorginho, Mason Mount and César Azpilicueta man the middle without mistakes and constantly feed the forwards like Pulisic and Timo Werner, or Kai Havertz who is hoping to start after a two-goal performance against Fulham in the Premier League.

If Chelsea beat Real Madrid today, they would have set an all-England final against Manchester City who yesterday put out Paris Saint-Germain 2-0 (4-1 on aggregate) on a brace by Riyad Mahrez.

Otherwise, Real Madrid will be going for a record 14th Champions League title.