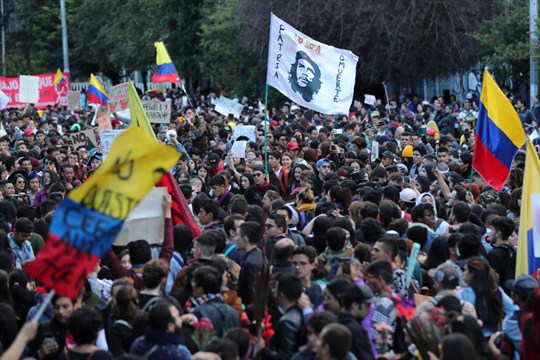 By Zoila Palma: Violence continues to escalate in Colombia as protesters continue to march against a proposed tax reform.

The international community has condemned the excessive use of force by security officers in the country which have led to 19 deaths.

Over 800 more people were injured in the clashes with security forces.

Thousands of Colombians are demonstrating and have blocked roads in several parts of the country.

Cali is the worst affected city by the unrest with soldiers patrolling its streets since last Friday.

Over 47,000 uniformed personnel have been deployed countrywide.

The United Nations has called for calm and the European Union has also condemned the deaths.

Meanwhile, President Ivan Duque has said that violence by armed groups operating in the country have caused the deaths.

Officials from the European Union say that it is a priority to stop the escalation of violence in Columbia and avoid the disproportionate use of force by security forces.