Union for Development, Advancement, and Prosperity (UDAP) takes to the streets 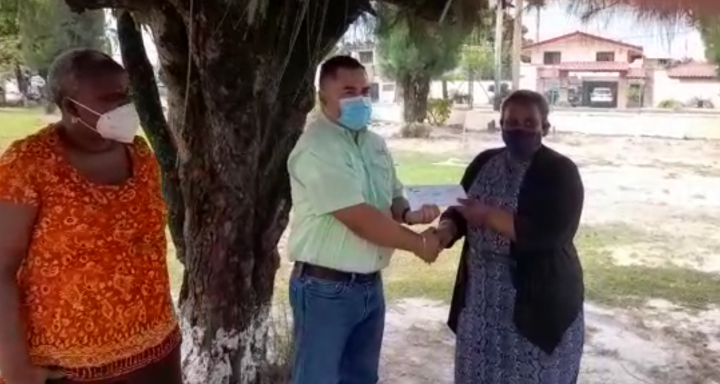 By Benjamin Flowers: Today would have been Kenya Barona’s 35th birthday; however, the Supal Street resident died on March 13, under circumstances that brought the Belize Emergency Response Team (BERT) under fire publicly, after neighborhood residents said it took over an hour for an ambulance to arrive. Today, Barona’s family made a donation to BERT in her honor and said that they hope it will be used to help save lives.

Josephine Flowers, Barona’s aunt, said that her family opened an account at then Scotiabank and managed to raise over $2,800 which they handed over to BERT’s Executive Director Andre Carillo on the Edward P. York School campus this afternoon. Flowers said that they believe the best use of the funds would be for BERT to provide human resource training for its staff to make increased efficiency when taking emergency phone calls.

Flowers says that the family also believes that BERT should have a direct phone line instead of having to be contacted through the police 911 dispatch, which would lessen the time between people reaching out for help during an emergency and BERT getting the call to respond.

“We are not looking to sue BERT, because there is nothing that BERT can do to bring Kenya back. We are here to make sure that things can be different,” Flowers said. “We want to say to everybody in Belize, we can make a difference. Any little that you have you can contribute to somebody or some place.”

She added that the family’s efforts will shift in the direction of raising public awareness on the importance of learning first aid. 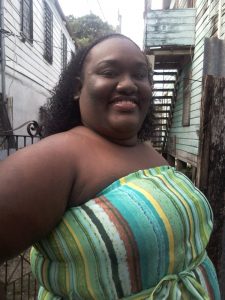 Carillo said that BERT is pleased to receive the donation, as the Government of Belize only provides half of what it costs to run the operation, so every little bit helps as keeping the organization running is a costly venture. He also noted that 98 percent of patients that arrive at an emergency room alive during cardiac arrest, eventually die; a global statistic that emphasizes the need for greater awareness regarding first aid.

Responding to questions on why the ambulance took over an hour to arrive, and the family had to call on the aid of a police mobile to get her to the hospital, Carillo said, that when BERT received the call that night, the medically trained dispatcher followed established protocols. He also noted that since 2016 BERT has implemented measures to track the movements of its ambulances.

“I can say that on this particular night it only took us five minutes from BERT to Supal Street. So we have evidence that we did respond that night and the tie was five minutes,” Carillo said.

He went on to say that he would not discuss the gap between Barona’s loved ones calling 911 and the time that 911 relayed the information to BERT.

Notably, one of Barona’s closest friends accused the BERT dispatcher of refusing to offer assistance until the matter of a $20 service fee was settled. The organization responded by saying that it has never refused to offer service due to the inability to make payment and that it is a part of the protocol to inform a caller of the service fee at the end of the call.