Unions say no progress in negotiations with Government; strike continues 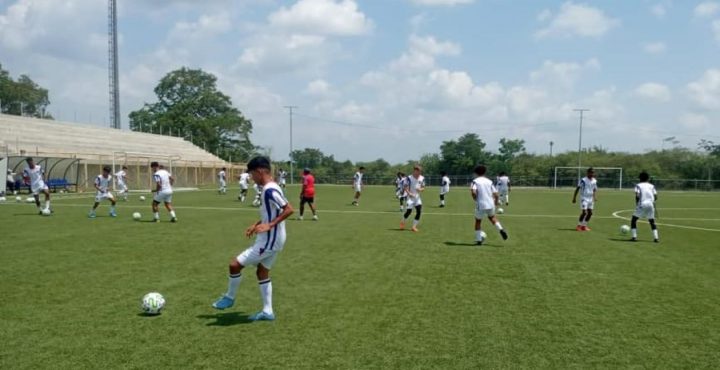 By Rubén Morales Iglesias: After initial tryouts last week, 26 Under-18 players have been called to train at the Football Federation of Belize (FFB) headquarters in Belmopan.

The FFB is preparing the U-18 Belize Men’s National Football Team (U18 BMNT) for the Central American U-18 Championship to be held in Costa Rica from June 20-26, 2021.

“Tryouts were held last week at the FFB training facility with players from across the country which resulted in 26 players being called to camp on Friday, May 7th, 2021,” said an FFB press release.

The goalkeepers are Isaac Castillo, Earl Dyck, and Jose Hernandez, all from Belmopan.

The defenders are Jordan Cassanova from Corozal, Chris Rodriguez and Shamari Flowers from Cayo, Calvin Reid from Orange Walk, Michael Bradley and Dwight Brown from Belmopan, and Randy Chavarria and Jared Requena from Benque.

The players chosen as midfielders are Donovan Quintanilla, Kyle Casey and Javi Cante from Cayo, Steven Rivera and Eldon Reneau from Belize, Zion Ramos and Kevin Higinio from Stann Creek, and Jahmaine Hope from Belmopan.

The forwards are Allison Torres and Rigoberto Cardenas from Orange Walk, Enoch Rhaburn and Shemar Gillett from Belize, Andres Miranda from Toledo, Anwar Cabral from the Midsouth, and Daijon Daniels from Stann Creek.

The coach is John George.