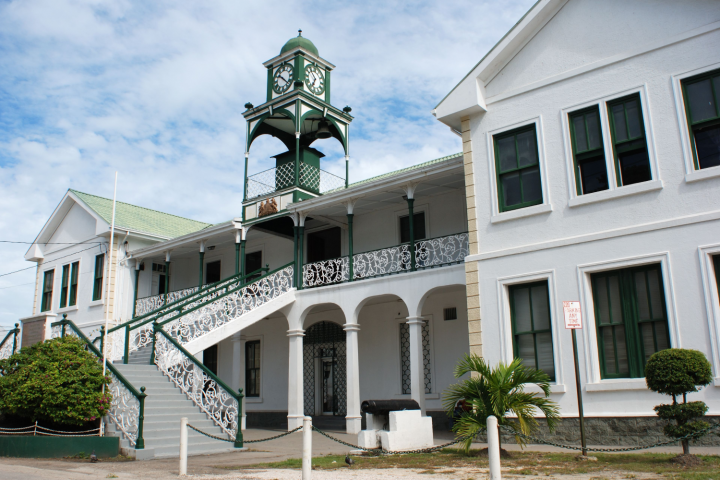 But on Thursday, she was in her union hat as leader of the Association of the Public Service Senior Managers (APSSM), fielding questions from the press after latest talks ended without resolution.

Last week, the Senate approved changes to legislation and the Constitution to set time limits for handing down of judgments in the upper courts, and to punish judges who have failed to properly discharge their duties.

But the focus on the Supreme Court and Court of Appeal has not come at the expense of the Magistracy, said Frazer, despite being down three magistrates in Punta Gorda, Independence and San Ignacio.

“Moves have been made to try to get [the posts] filled; understand me, that it is not just pulling a public officer; there are persons who have to have a type of specialized skill to be placed there,” she explained.

And long lines at the courts notwithstanding, the public has not suffered unduly, she added: “…we have been doing rotations of Magistrates, so the service is being provided; it’s not provided as the way we would want, but I wouldn’t want to say that in fact it is total neglect; requests have been made…”

The new Attorney General, Senior Counsel Magali Marin-Young, has met with all levels of the Judiciary and Magistracy and noted their concerns, despite the always meager budget, now slashed even further this year.

Generally, Magistrates must have a law degree to be accepted to the bench but are not necessarily directly trained in the art of judgment and dispute resolution.