Unions say no to IMF prescriptions 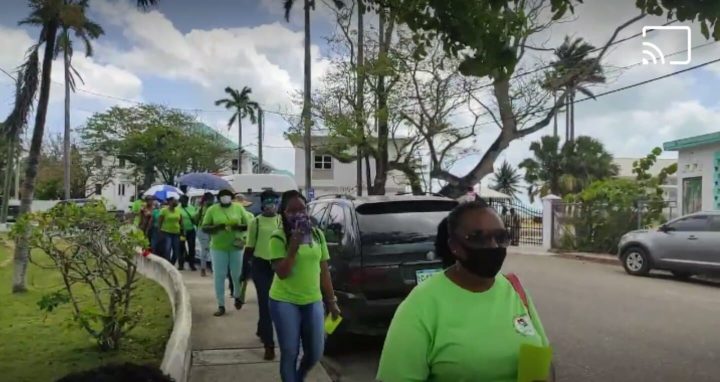 By Aaron Humes: As frustrated as they may be with the Government of Belize, the joint unions negotiating over salary cuts, increment freezes, and government policies would rather they not run into the embrace of the International Monetary Fund (IMF).

Holders of Belize’s Superbond have been quoted as saying that the country needs to implement the recent recommendations of the Fund in its Article IV consultation with Belize earlier this year, including revision of the general sales tax (GST) code to both increase the tax level and remove exemptions for zero-rated goods and implement a full fiscal responsibility legal framework.

President of the Public Service Union (PSU), Gerald Henry, is skeptical that such an agreement will work for Belize. “My research has shown that the IMF is wholly the wrong direction to go, and I think there has only been – my research has shown – two successes when the IMF gets involved and that will require some serious political will.” One of those successes, relatively speaking, is Jamaica.

Henry continued, “We as the public officers who know the system, know that there is a homegrown remedy; the government does just not have the political will to implement it.”

Henry mentioned collection of outstanding taxes from the “millionaires” and “multi-millionaires,” which the Prime Minister has said will take time.

“[The Government] doesn’t really want to go homegrown; they want to take everything from who they feel are the easiest victims here and that is the public officers [and teachers],” Henry said.

He also called for campaign finance reform, as he feels the businesses contributing to the rise of the political parties are also secretly twisting their arms to avoid paying their fair share of taxes.