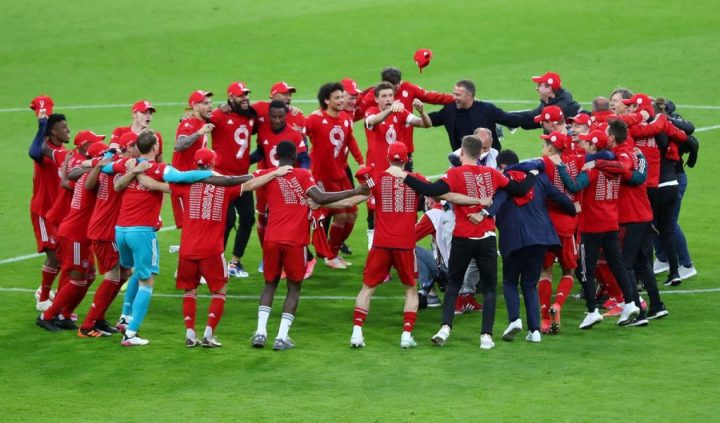 Bayern now tie Italy’s Juventus who are the only other European club to have won nine consecutive championships.

When they finally played, Bayern celebrated in style with a 6-0 demolition of Borussia Mönchengladbach 6-0 on a hattrick by Robert Lewandowski and a goal apiece by Thomas Müller, Kingsley Coman and Leroy Sané.

With 74 points to their credit and two games remaining, Bayern have ten more RB Leipzig.

Elsewhere in Europe, Inter Milan won the Scudetto in Italy while Manchester City are close to clinching the English Premier League despite falling 2-1 yesterday to Chelsea. Man City have 80 points with three games on hand, but cannot be declared champions as yet because Manchester United, who have 67 points, can still make 82.

In Spain, there is a four-team battle for the crown. Atletico Madrid (77) are the leaders but their scoreless draw against Barcelona (75) on Saturday, paved the way for Real Madrid (74) to take over the lead should they beat Sevilla (70), which is the fourth team in contention for the title, on Sunday at 1pm.