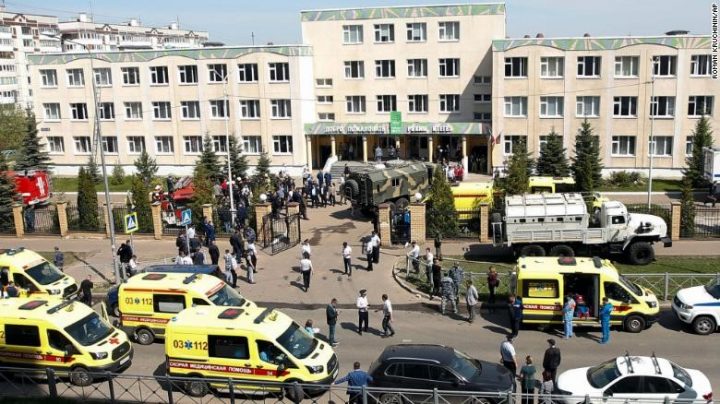 By Rubén Morales Iglesias: Seven children were killed in a shooting spree in a school in the city of Kazan in Russia on Tuesday when a lone gunman opened fire, according to a CNN report.

Russia’s National Anti-Terrorism Committee reported that 16 others were injured in the shooting.

Svetlana Petrenko, an official representative of Russia’s Investigative Committee, said an armed local resident born in 2001 was arrested after the shooting. Initially, the TASS news agency reported there were two attackers but later said it was only one gunman.

CNN reported that witnesses told the Russian state media there had been an explosion before the shooting began, but they didn’t know what caused the blast. Several children reportedly jumped out of a school window to escape.

Russian President Vladimir Putin expressed his condolences to the families of victims.

Kremlin spokesman Dmitry Peskov said Putin had told the head of the National Guard of Russia Viktor Zolotov to “urgently” draft new gun control laws that would regulate the types of weapons that civilians can own.

TASS also reported that security measures in all educational institutions of Kazan have been tightened.