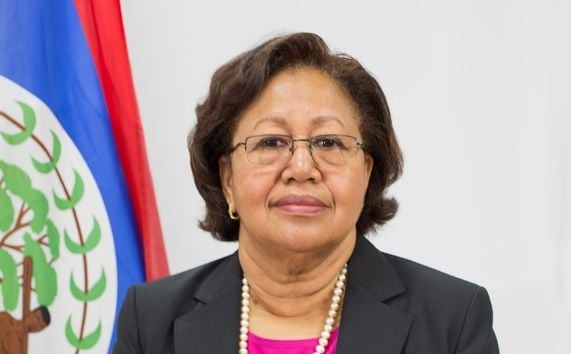 By Aaron Humes: The United Democratic Party made sure to talk up the party’s association with former Senator, now Secretary-General Elect of CARICOM, Dr. Carla Barnett, in congratulating her on her ascension to the post.

Dr. Barnett came out in 2015 as a UDP supporter and candidate for the Freetown division but failed twice to unseat Francis Fonseca.

Her appointment as Senator and vice-president of the Senate broke former leader Dean Barrow’s personal rule of not giving Senate seats to defeated House candidates, and the party turned to as deputy to the Prime Minister in the critical portfolios of Finance, Natural Resources and Labour as a Minister of State (not a substantive Minister as the UDP release claims).

In its release the party spoke of being “elated” at Dr. Barnett’s success and stating that she had taken her distinction to the highest level with her new appointment, following a turn as deputy Secretary General and former vice-president at the Caribbean Development Bank (CDB), as well as Financial Secretary of Belize from 2002 to 2007.