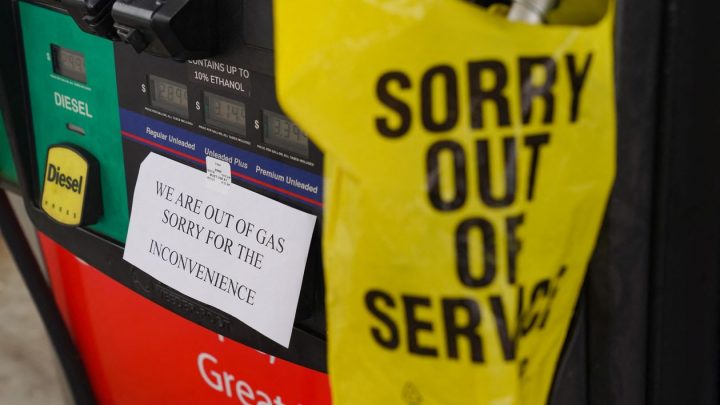 By Rubén Morales Iglesias: After six days of the Colonial Pipeline shutdown caused by a cyberattack, gas stations are running out of gasoline and people are panic buying fuel in some cities in the United States.

CNN reports that cities in the southeastern United States are feeling the pinch with gas stations running out of the vital supply. This has prompted some people to panic-buy which in turn has prompted the United States Consumer Product Safety Commission to warn Americans to only fill up containers approved to carry gasoline.

CNN reported that by 11 a.m. ET on Wednesday, 28.2% of all gas stations in North Carolina, 17.5% in Georgia and 17.1% in Virginia were without gasoline, according to GasBuddy.

Gas stations in a number major metro areas were the worse hit.

Here are some statistics from GasBuddy:

Nearly three-quarters — 73% — of gas stations in Pensacola, Florida, are impacted.

About 72% of gas stations are reporting outages in Raleigh, North Carolina.

Outages are impacting 71% of the stations in metro Charlotte, North Carolina.

Nearly 60% of stations are impacted in Atlanta.

This situation was caused by the shutdown of the Colonial Pipeline six days ago on Friday, May 7, after a ransomware attack on the company.

CNN said the pipeline system which is more than 5,500 miles in length transports about 45% of all fuel consumed on the East Coast of the United States.

Colonial Pipeline said on Monday that it expected that they would be substantially operational by the end of the week after being hit by a ransomware attack that US authorities consider was carried out by a criminal group called DarkSide.