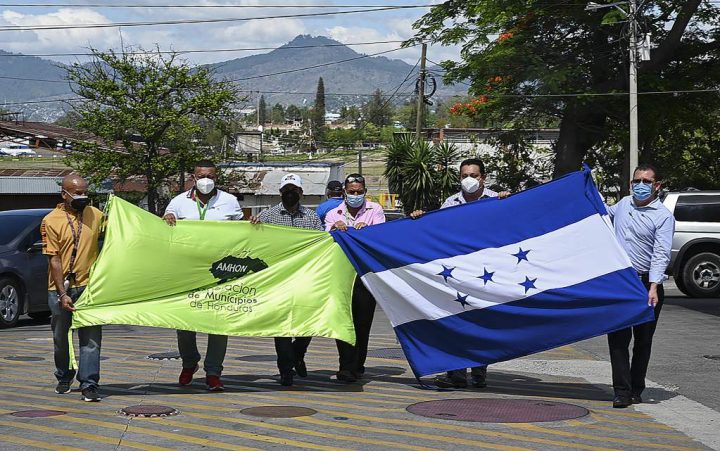 By Rubén Morales Iglesias: The Town Councils’ Association of Honduras has asked the president of El Salvador Nayib Bukele for assistance in acquiring COVID-19 vaccines from China said CNN Español.

The association, comprised of 298 municipalities in Honduras, made the plea to Bukele in a letter signed by its executive director José Antonio Mendoza before a meeting Bukele held with seven Honduran mayors.

The petition to the Salvadoran president follows an announcement by Honduran president Juan Orlando Hernández that Honduras couldn’t acquire Chinese vaccines due to diplomatic reasons.

The Honduran Foreign Ministry welcomed the donation by El Salvador,

“We appreciate the support and reciprocity that we have received from El Salvador and other countries in getting vaccines which otherwise have been denied to Honduras because of the politization of the pandemic,” said the Honduran Foreign Ministry on Twitter.

The Honduran Foreign Ministry also stated that they were not asking El Salvador for more donations.

“We are only looking to our friendly countries for them to help us acquire vaccines that the Republic of China will not sell us directly,” added the tweet.

Alba Consuelo Flores said that the Honduran government will support any initiative that will lead them to acquire COVID-19 vaccines.

Earlier, president Hernández said that Honduras has not been able to buy vaccines because the developed countries had bought them all and asked countries to either donate or sell vaccines that they will not use.

A Duke University research said earlier that a number of countries such as Canada, the UK and New Zealand, have acquired vaccines that can inoculate their populations three-fold, while the majority of countries don’t have enough.