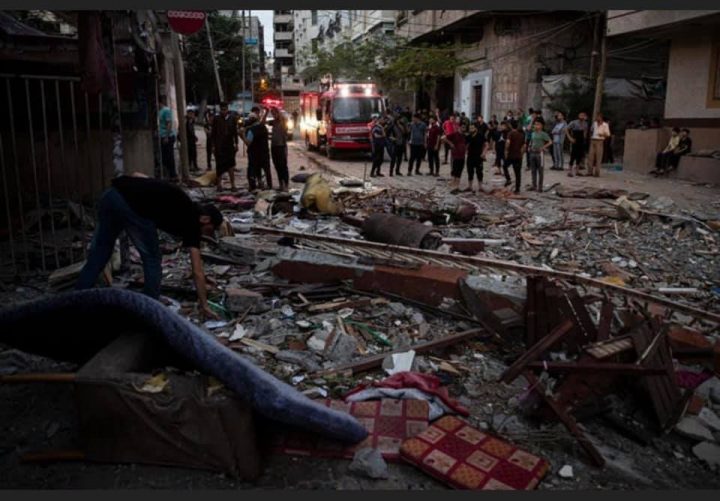 By Zoila Palma: The United Nations Special Envoy for the Middle East, Tor Wennesland has called for an immediate cease-fire between Israel and Palestine.

Tensions escalated after protests were held over potential eviction of Palestinian families from east Jerusalem.

The recent outbreak of violence has sparked international concern as videos circulate showing rockets being fired.

“Leaders on all sides have to take the responsibility of deescalation. The cost of war in Gaza is devastating & is being paid by ordinary people. UN is working (with) all sides to restore calm. Stop the violence now,” Tor said on Twitter.

CNBC reports that the Palestinian extremist group Hamas has been firing hundreds of rockets on Israel, including at Tel Aviv and Jerusalem.

Israel has reportedly retaliated with deadly airstrikes on Gaza.

Reports indicate that the death toll from Israeli airstrikes had climbed to 43 Palestinians including 13 children.

And the United Nations cited reports that mover 900 Palestinians in east Jerusalem had been injured.

Israel’s authorities say that over 1000 rockets have been fired from Palestinian militants over the last 36 hours.

Israeli Prime Minister Benjamin Netanyahu said that Hamas had crossed a “red line” by firing rockets on the Jerusalem area for the first time since 2014.

On Wednesday, US Secretary of State Antony Blinken said that he had spoken about the escalating violence with Israeli Foreign Minister Gabi Ashkenazi.

“Israelis and Palestinians need to be able to live in safety and security, as well as enjoy equal measures of freedom, security, prosperity, and democracy,” Blinken said.