Police Commissioner to Teachers: You are frustrating the public 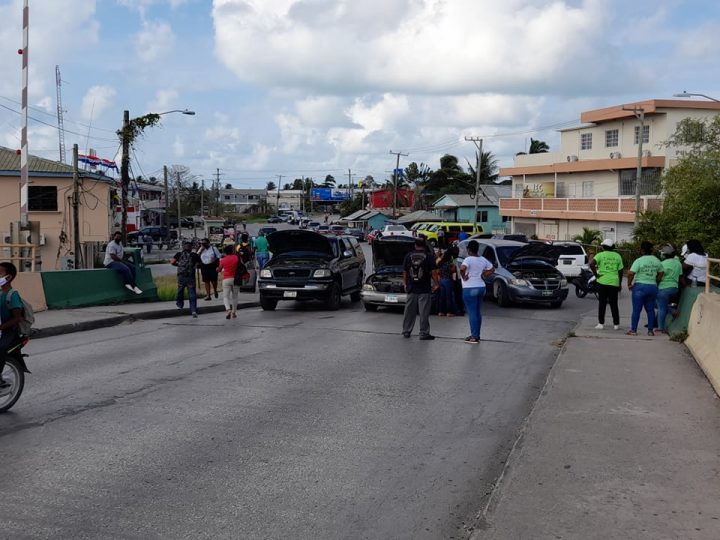 By Benjamin Flowers: Today, Commissioner of Police Chester Williams, appealed to the Belize National Teacher’s Union (BNTU) to rethink their position on blocking highways and bridges in protest, as it is becoming a source of frustration for the public at large.

Williams appeal comes after the BNTU blocked off bridges in and around Belize City, as well as roads all over the country from 7:00 a.m. to 8:30 a.m. causing many to be late for work. He noted that officers were aware of the intention to cause the disruption of traffic since yesterday and that officers proceeded this morning without any confrontation with protestors.

“We try as best as we can to be hands-off or to exercise restraint so as not to have any confrontation with the teachers that may result in any civil disobedience. I don’t think that our country needs any civil disobedience now as that could further add to our economic constraints that we are faced with,” Williams said.

He maintains that the department will continue to show restraint, but cannot do so perpetually as public frustration continues to grow by the inconveniences caused by the blockages.

“So it is causing inconvenience to people and the citizens are getting frustrated with it as well, and I would hope that the teachers are going to rethink this position it is counterproductive and it is getting people frustrated and eventually we will have to not be too hands-off do what needs to be done to ensure that the highways are clear,” he added.

Williams also reminded the teachers that obstructing the flow of traffic is an offense. Four teachers in Benque Viejo were detained this morning, pending charges as police caught them attempting to burn tires along the highway. The protests are being held to show the BNTU’s dissatisfaction with the Government of Belize’s decision to cut  10 percent of their salaries.

Several videos have been shared via social media, showing commuters getting into confrontations with teachers, explaining that they need to get to work. One man reportedly pulled out a firearm and threatened teachers.

BBN will be following up as the BNTU’s industrial actions continue.