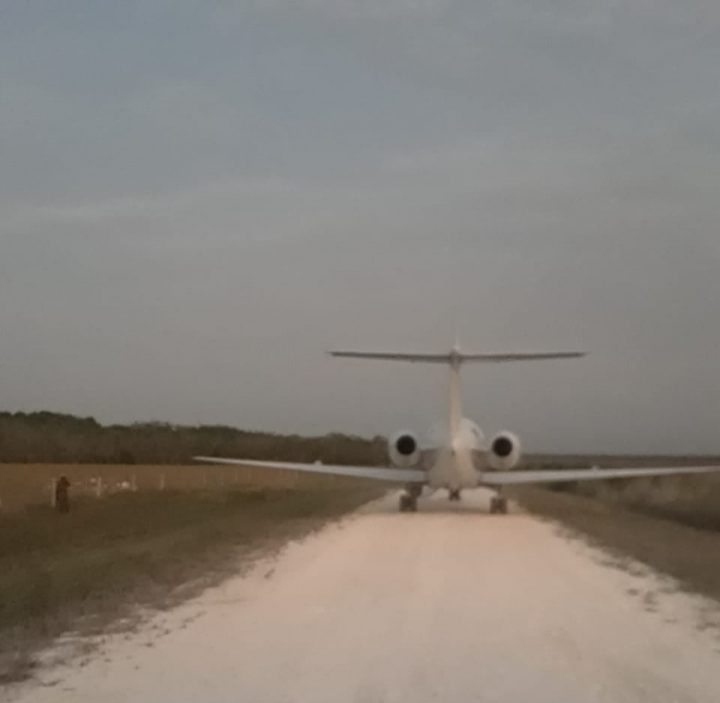 By Benjamin Flowers: Commissioner of Police Chester Williams says that the contents of the suspected drug plane that landed in the Tres Lenguas area of Orange Walk on Friday, May 14, were quickly removed under heavy security and whisked over to Mexico.

Williams explained today that the Tres Lenguas area, which is just beyond Blue Creek, is roughly a two mile distance from Mexico. Williams said that when officers received a report of the plane landing, which was later corroborated by Mexican air support, a team of officers deployed and arrived there within 30 minutes; however, upon arrival, they only found the aircraft. Officers followed some tracks leaving the scene which lead them to a village in Mexico.

“The river was extremely low and so the vehicles crossed over and went into Mexico, so we are certain that the cargo that came in the plane went immediately over the Mexican side,” Williams said. “Importantly is that the Mexican air asset also told us that there were at least about 60 heavily armed men who were offloading the plane and providing security for it while it was being offloaded.”

Williams said that the situation shows the severity of the issue that law enforcement is facing with respect to drug trafficking, but that they continue to do their best in terms of averting and responding to reports of clandestine plane landings.

Responding to questions of whether or not this latest plane landing may have had help from Belizean authorities gone rogue, Williams said that there was no evidence to support that theory. He also said that police are working on moving the aircraft to the Belize Defense Force Airwing, after which its fate will be decided by the Government of Belize.