Man shot while at home in Seine Bight Village 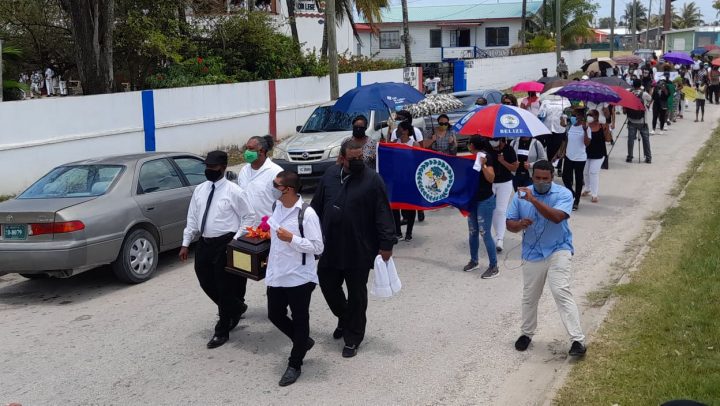 By Benjamin Flowers: Teachers and Public Officers gathered in Belize City this morning to hold a funeral procession for corruption, the latest in a number of actions being taken in protest against the Government of Belize (GOB).

The Belize City procession was one of several being held all over the country.

Tanya Flowers-Gillett, President of the Belize City branch of the Belize National Teachers Union (BNTU) explained that the initiative has several motivating factors. One such is the need to symbolize the unions’ fight and eventual victory over corruption and another is to convey the unions’ displeasure in GOB’s undertakings with regards to the 10 percent salary cut and three-year increment freeze.

Gale Garcia, Belize Branch Chair – Public Service Union (PSU) also said that the unions are hosting the initiative to show GOB that they are serious about the demand for the passage of good governance legislation.

When asked about GOB’s recent letter which detailed timelines for the implementation of such legislation Garcia responded by saying,  “It’s still not that concrete, and that is the reason why we are standing out here demanding better from our leaders.”

The unions are set to host a press conference this afternoon.