Unions remind of points not discussed in meeting 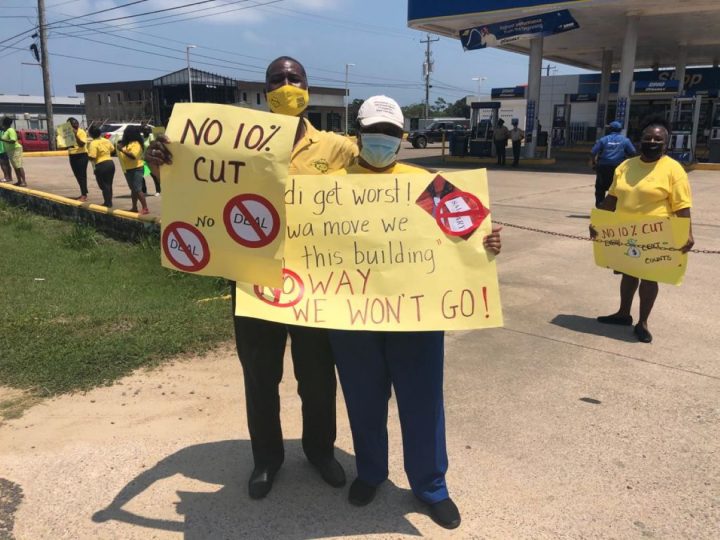 By Aaron Humes: Nine of eleven points were abandoned by Government officials in the negotiations, the trade unions say.

They have asked for an audit of community vote funds but this was ignored; a demand for the audit of the full Petrocaribe program under all administrations dating back to 1998, but the Government wants only to account for the UDP time in charge instead.

PSU President Gerald Henry, an auditor, said that in 27 years the $7,000 per month each parliamentarian gets for community vote has been completely unaccounted for.

The Government appears too cheap to switch to a  phone plan, or to lose all their housing and entertainment allowances, which would be redirected to help families according to Smith; the Ministry often pays the bills for any entertainment they host.

A Minister’s monthly allowances, Henry noted, is equivalent to his own monthly salary.

Vehicle maintenance must be cut in half.

The issue of tax reform has been completely ignored; officers pay up to 25 percent income tax but lawyers, who make far more, pay just six percent. The system should be graduated to pay more per strata.

The proposed Social Partnership Committee, must be legally constituted and have power to make changes not just recommendations.

And Ministerial discretion must be removed from issues of taxes, land and labour-related issues.