Several people detained in Lincoln Erskine murder investigation, no one formally charged as yet 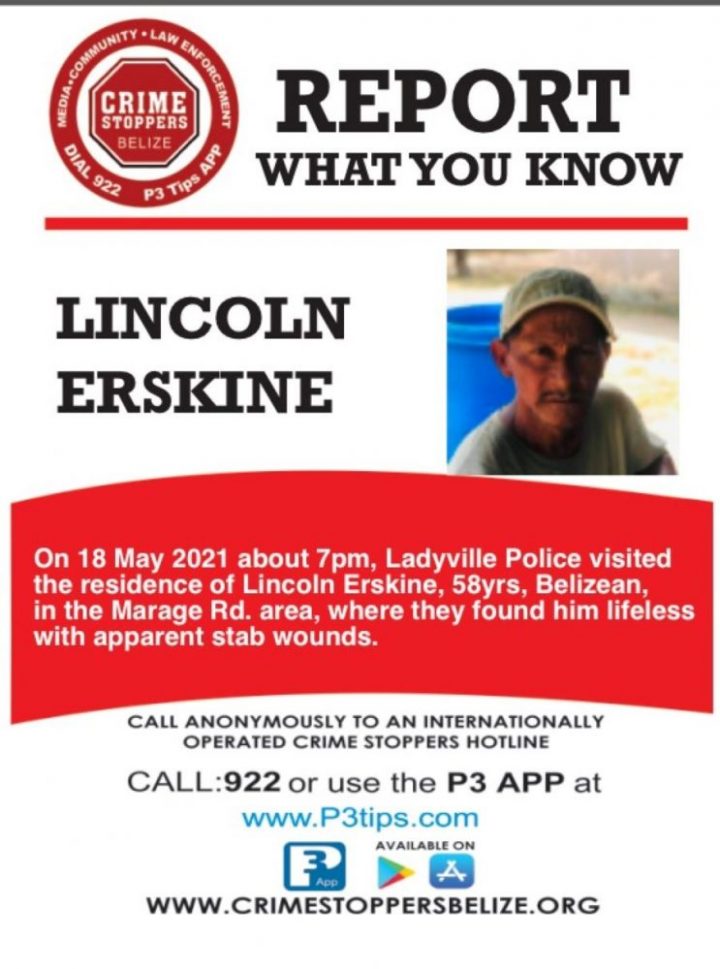 By Benjamin Flowers: Police have detained several people in connection with the murder of 58-year-old Ladyville resident Lincoln Erskine.

Assistant Superintendent of Police, Alejandro Cowo of Eastern Division Crimes Investigation Branch, said that the people detained are being questioned but thus far no information has surfaced to warrant any official charges.

Cowo also noted that there are several leads being investigated as a possible motive for the crime, including that Erskine had a previous disagreement with someone in his neighborhood.

Erskine was found dead in his home in the Marage Road area on Tuesday night, with stab wounds to his body.

His family last saw him on Monday, and became worried when they did not hear from him all of Tuesday. Having been told about the disagreement, the family notified police and officers accompanied them to his house when he was found dead.