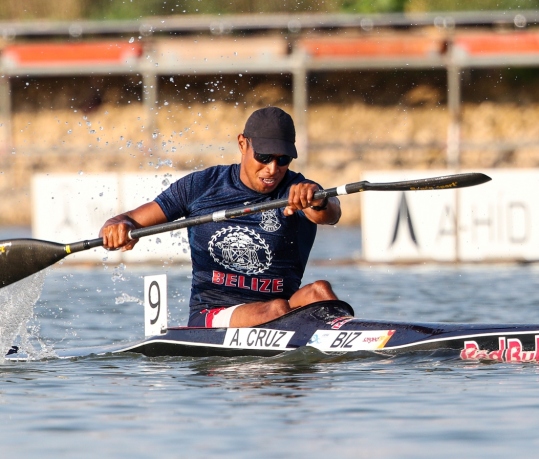 By Rubén Morales Iglesias: Amado Cruz will be representing Belize at the Tokyo Olympics in July this year.

The news comes after the International Olympic Committee’s tripartite commision decided to give Belize and Mozambique the two tripartite quotas for canoe sprint athletes for Tokyo.

33-year-old Amado Cruz is Belize’s first ever canoe athlete to participate in the Olympics Games.

According to the International Canoe Federation, “tripartite positions are open to athletes from countries that have small teams at an Olympic Games.”

Countries like Belize sent in applications in the hopes of receiving an invitation quota in various sports.

Amado Cruz’ quota will allow him to compete in the men’s kayak events. According to qualifyingtothegames.totallympics.com “Given his past competitions he will likely compete in both the K1 200m and K1 1000m events.”

The site reports that Cruz placed 12th in both events at the 2019 Pan American Games.

Mozambique’s Joaquim Lobo, who was also selected, will compete in the men’s C1 1000m. He was fourth at the 2019 Africa Games.