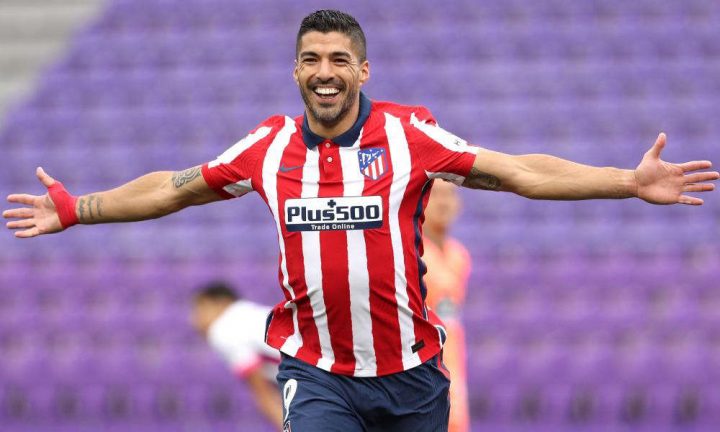 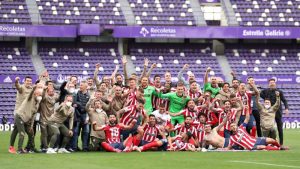 By Rubén Morales Iglesias: Luis Suárez scored the game-winning goal for Atlético Madrid over Valladolid to deliver the Spanish La Liga title over Real Madrid as both sides won their final match in the Spanish championship.

Going into their final game of the season both were separated by two points, Atlético with 83 and Real with 81. So Real Madrid had a chance if Atleti faltered. In the end, both won 2-1 in come-from-behind games and Atlético crowned themselves as champions with 86 points. Real finished with 84 and Barcelona, who dropped out of the race last week, in third with 79.

The last time Atlético Madrid won was in 2014.

Oscar Plano put Valladolid, who were fighting to remain in La Liga, ahead in the 18th minute against Atlético Madrid at the José Zorrilla Stadium in Valladolid.

A little later in the 20th, Yeremi Pino put Villarreal ahead against Real Madrid at Madrid’s Alfredo Di Stéfano Stadium.

That favored Atlético who turned things around in the second half when Ángel Correa tied Valladolid at 1-1 in the 57th.

Luis Suárez, who was on the redemption bandwagon after being dumped by Barcelona at the beginning of the season, secured Atleti’s win in the 67th.

Still, Atlético couldn’t celebrate because a goal by Valladolid would tie the ball game and if that were coupled with a Real goal against Villareal, Real would win the championship by virtue of having scored more goals in the season. So, Atleti had to play it safe and maintain the upper hand right to the end.

And it was best they did that because Real tied the ball game against Villareal in the 87th on a goal by Karim Benzema before Luka Modric put it away in the second minute of injury time.

In the end, Atlético Madrid celebrated their title while Valladolid cried as they had been relegated.

Even if they had beaten Atlético, because of other scores, Valladolid would still have gone down to La Liga Santander, the second-tier league in Spain.

Atlético Diego Simeone said that he wasn’t sorry he had stayed on as coach a couple of years back and reiterated that Atleti still has much more to give.

“I’m happy for so many people […]. It’s been a difficult year, just like our history has been difficult. A fitting year for Atlético to win the league,” Simeone said. “ We’ve been able to give joy to a lot of people who surely have had it bad all this while.”

As to Correa who scored a top-poke goal to tie the game: “I’ve been saying to Ángel for a while that he has to try and score a toe-poke. He’s scored some great goals in training that way.”

In reference to Luis Suárez, Simeone said: “He’s Suárez: his surname speaks for itself.”

“The situation I experienced last summer was difficult, the way I was underestimated. Atlético Madrid opened up their doors to me to keep on showing the player I am,” said Suárez, sobbing.

Marcos Llorente said the team’s togetherness got them through.

“It’s been a really tight season with a lot of games. It’s been tough physically, but in the end, we’ve got this crucial win and we’ve managed to win the title. The togetherness we have has been crucial to achieving this.”

Llorente said that at the half Simeone to be them to be calm but vigilant, that the goals would come by themselves.

“We felt the nerves a bit today given it was such a key game, but we just wanted to win so as not to have to think about the result of the other game. At the break, we managed to calm ourselves down and we went out there and turned the match around, ” Lorente said.

Though Atleti celebrated, it was without the trophy which will be given to them tomorrow at their stadium, the Wanda Metropolitano.