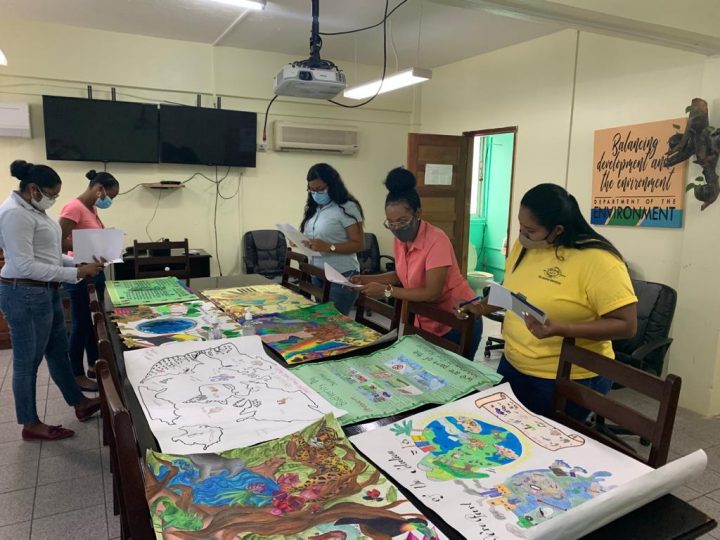 By Benjamin Flowers: The National Biodiversity Office (NBDO), in the Ministry of Sustainable Development, Climate Change, and Disaster Risk management, challenged students from all over Belize to show off their creativity and knowledge of biodiversity issues with a poster competition in commemoration of International Biodiversity Day.

The event, which is now observed annually on May 22, was developed to highlight the importance of biodiversity as well as raise understanding and awareness of its surrounding issues.

Rasheda Garcia, Biodiversity Officer at the NBDO, explained that the students were tasked with incorporating this year’s theme “We’re part of the solution” along with measures that could be taken to reduce the threat to biodiversity, into their posters.

When the final scores had been tallied Carissia Gomez placed first, Rosella Correa placed second and Kristyn Tillett placed third. They are all from Corozal Community College. Each winner walked away with a cash prize of $300 and participants were awarded consolation prizes of school supplies. 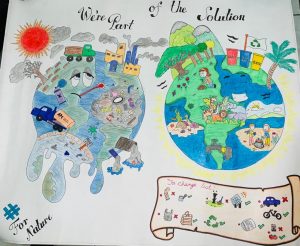 “One of the things that came through with a lot of the posters is that biological diversity and protecting it does not necessarily mean that people cannot utilize it. Because the resources, the benefits, and the services provided by biodiversity is what we rely on for our own existence,” Garcia said. “So it is utilizing it but also being great stewards of those resources.” 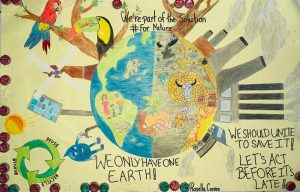 The posters will be framed and used to adorn the walls of the NBDO, as well as being used for visuals on the NBDO website which is currently being developed.

International Day of Biodiversity was established under the 1992 Convention on Biological Diversity, which Belize signed onto that year and ratified in 1993. It was originally celebrated on December 20, from 1992 up to 2000, then changed to commemorate the adoption of the Convention on May 22, 1992, at the Rio Earth Summit, and partly to avoid the many other holidays that occur in late December. 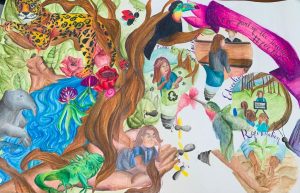