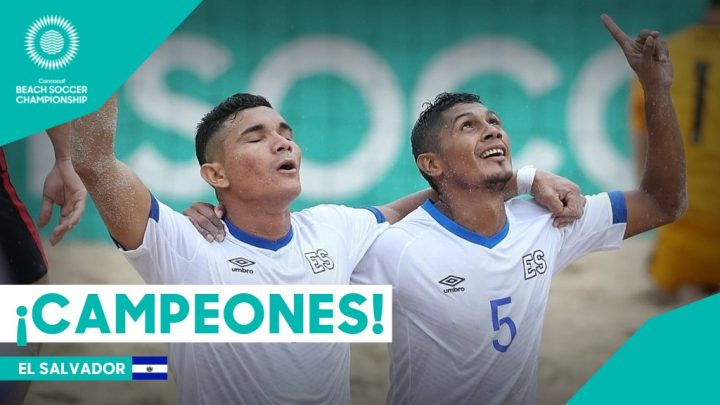 By Rubén Morales Iglesias: El Salvador beat the United States with a 6-4 win in the final of the 2021 Concacaf Beach Soccer Championship on Sunday at the Sports Complex Fedefutbol-Plycem in Alajuela, Costa Rica.

Exon Perdomo was the star of the final scoring four goals to lead the Central American side to the championship which they last won in 2009.

Apart from Perdomo’s 4 goals, Elmer Robles and Jason Urbina scored the other two.

Jason Santos netted a brace while Tomas Canale and Gabriel Silveira scored one each for the US.

Both El Salvador and the US qualified to the Russia Beach Soccer World Cup to be played in August.

The US dumped Mexico 5-2 in the semifinals on Saturday while El Salvador routed Guatemala 6-2.

However, the Top Scorer award was claimed by his compatriot Francisco Velásquez who scored 11 goals.