Point and Counterpoint – Elevators to Heaven: Advocacy groups in Belize 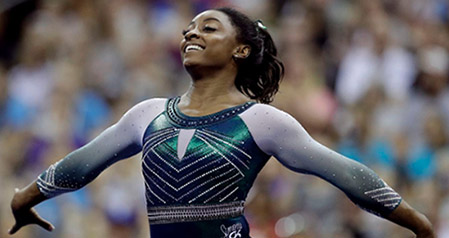 By Benjamin Flowers: After 18 months without participating in a competitive event, gymnastics icon Simone Biles returned over the weekend to make history yet again, performing a move so dangerous that no woman has ever performed it in a competition before.

Biles, 24, set the gymnastics world ablaze during the U.S. Classic in Indianapolis on Saturday when she successfully landed a Yurchenko double pike on the vault, a move comprised of a backflip off the vault and two full rotations in a pike position before landing. The crowd erupted in cheers, while sports networks and social media platforms lit up with activity, noting that hit was history in the making.

Following the event, Biles did an interview with NBC sports where she explained that she had been practicing the move for months in preparation for the competition.

Biles is no stranger to performing historic moves. During the 2019 World Championships, she became the first female gymnast to do a triple-double on the floor in competition and had the move officially renamed after her now being called “the Biles II”. In that same competition, she also became the first gymnast to successfully complete the double-double dismount on the balance beam.

Biles, who has won 30 Olympic and World Championship medals, making her the first woman in 70 years to win that many, had Belize trending online back in March when she visited the country on vacation.