Fuel situation to return to normal by this afternoon, says Financial Secretary 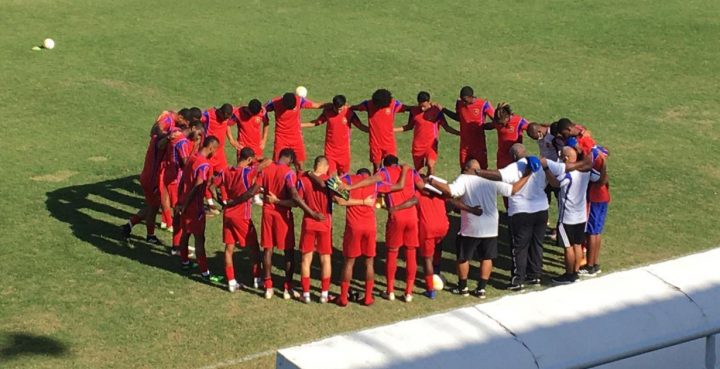 By Rubén Morales Iglesias: The Belize Men’s National Football Team (BMNT) is today in Day 2 of their full camp at the FFB headquarters in Belmopan prior to their World Cup qualifier against Nicaragua on June 4.

The BMNT has already had two three-day sessions with coach Dale Pelayo. Twenty one players went into full camp yesterday and will not break until after the game on June 4 at the Managua National Stadium.

“The camp is going excellent. Good commitment by the players,” said head coach Dale Pelayo. “Everybody is up to the task of putting int the work.”

The first two cycles were for the locally-based players, but the foreign-based players are now in camp with the exception of Tony Rocha of the New York City FC and Michael Salazar of the Memphis 901 who should be joining closer to the match against Nicaragua on June 4.

Pelayo said that Jorge Bernárdez of Vida in Honduras is not joining the team and that it is highly unlikely that Angelo Capello of Sheffield United will make it because he is waiting for renewal of his UK visa at this moment.

So, unless Capello can make, the 23 who will be travelling to Guatemala are already set.

The Nicaragua game is Belize’s last in the World Cup qualifiers and a must win if Belize is to have any hopes of making the second round.

Pelayo said that the team needs to be more offensive against Nicaragua and that’s why he called more offensive midfielders like Rocha, Salazar and Denmark Casey Jr.

Our Belize Jaguars have to beat Nicaragua if we are to have any chance of topping the qualifying group. Things are not in our favour right now despite having three points and that’s because we’ve played two games while Haiti and Nicaragua, who also have three points, have only played once.

Belize defeated Turks and Caicos 5-0 but lost 2-0 to Haiti.

So, at this point we have to beat Nicaragua, total six points, and hope that somehow things fall into place for us. And that is not going to be easy.

A loss or draw against Nicaragua will put us out of any contention of making the next round.

For right now, the team is not sure how they travel to Nicaragua, but should have that ironed out soon.