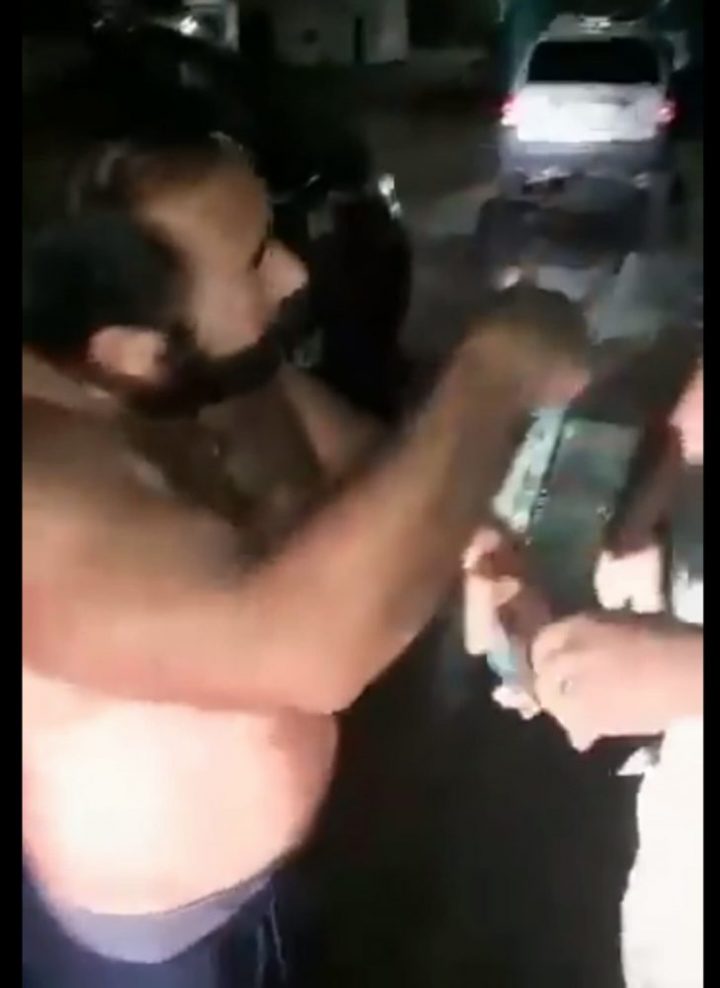 By BBN Staff: A video of Minister of Health Michel Chebat’s driver, Hamid Awe, berating police and threatening to use his connections to have officers fired for doing their job went viral last night

In the video a shirtless and maskless Awe cursed furiously at police and threatened the officers’ jobs after they had reportedly detained his son over a mask offense.

The video shows Awe demeaning officers and yelling “this is my Government,” telling police that he would call “the man,” presumably Chebat, for them to release his son.

It is unclear where his son was detained but the incident on video occurred in front of the San Ignacio police station.

Reports suggest Awe may face charges and a ticket for not wearing a face mask, however, police are yet to confirm.

Many on social media have been quick to call for Awe’s effective dismissal, especially in the context of political correctness and good ‘optics’ in today’s ever sensitive political climate.