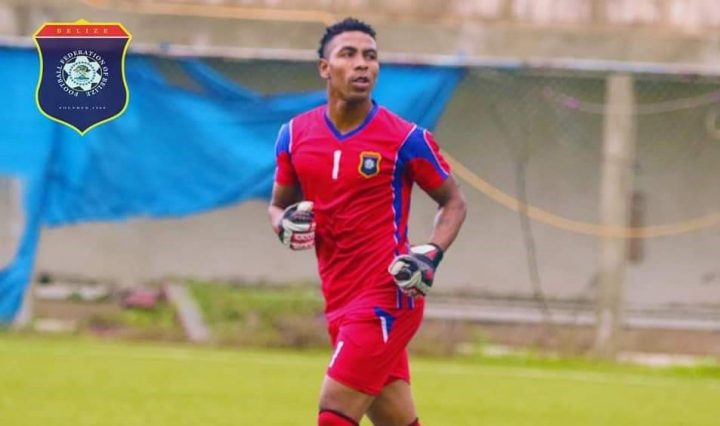 By Rubén Morales Iglesias: Belize’s number one goalkeeper Woodrow West is not going to be under the sticks for the first time in a long while when Belize takes the field on June 4 in Managua, Nicaragua which could very well be our final World Cup qualifier for Qatar.

That’s unless, he changes his mind, but at this point thing seem irreversible.

Even though his name is not in the list issued by the FFB yesterday, the official list that is sent to Concacaf has more than likely been sent already and his name would be on it. So, there is still time for Woodrow to get back on the bandwagon because if there is one player we need on the team, that’s Woodrow West.

On Thursday, the Football Federation of Belize (FFB) said that they couldn’t book a flight (sounds like déjà vu) for Belize Men’s National Football Team (BMNT) to travel to Nicaragua for their World Cup qualifier against Nicaragua on June 4, so the BMNT has to hit the road.

The FFB said the BMNT will leave Belize on Sunday, May 30, travelling through Guatemala and Honduras to get to Nicaragua.

Woodrow West and Asrel Sutherland reportedly opted out for a number of reasons. Word from within the BMNT camp has it that several players feel unappreciated by the FFB since this is not the first time the FFB has been unable to get a flight for them. Another reason is the high risk of travelling by road due to the COVID-19 pandemic which is not under control in the neighbouring countries. During the trip, the contingent will have make several stops and the players will have come out of the bus to pass through the borders, to eat and to use bathroom facilities, which means unnecessary exposure.

But in Woodrow’s case he was reportedly suspended after having a heated discussion with FFB Technical Director Philip Marin. After he told the FFB authorities his side of the story he was reportedly unsuspended, but by then he opted not to travel because he reportedly felt he wasn’t treated fairly.

Woodrow is probably the most important player on the team providing security in goal, particularly when our forwards can’t score. And he has been doing that since joining the BMNT in 2005.

“He was the security blanket for the team. Save [sic] their a…. from getting beat bad time after time,” said a fan on the FFB’s Facebook page.

For a number of years, Woodrow was the second goalkeeper behind Shane Moody Orio, but after a while national team coaches, unable to decide who to play, started rotating them until Woodrow became the number one goalkeeper.

Just recently the Men’s National Beach Soccer Team traveled to Costa Rica, a little farther than Nicaragua. The FFB reportedly had no problems in getting flights for them or at least that’s how the BMNT sees it.

Sources within the BMNT says they feel like second choice since this is not the first time the FFB has been unable to get tickets for the “A” National Team. On September 5, 2019, Belize forfeited a game against French Guiana in the Concacaf Nations League, a qualifier for the Gold Cup because the BMNT couldn’t get to the game. At the time, unable to get a flight to French Guiana, the FFB had even chartered an airplane but the airline did not get permission to land in Cayenne.

Concacaf sanctioned the FFB by withdrawing the US$50,000 travelling allowance they were to have received for their following away match against St. Kitts and Nevis on October 13, 2019. Luckily, for the FFB at the time, there were no more sanctions other than Concacaf saying that the BMNT would be kicked out of the tournament if the no-show were to be repeated.

So, the FFB is not about to tempt Concacaf again and the BMNT must sacrifice going by road.