Three Belizean triathletes to compete in Olympics qualifiers in Huatulco, Mexico this month 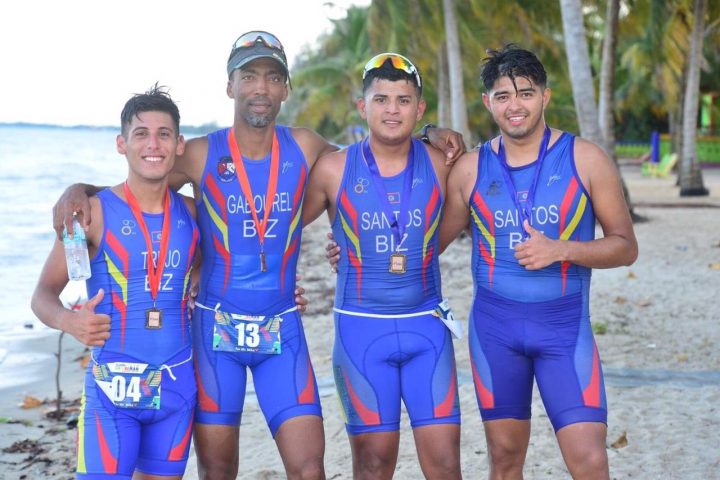 By Rubén Morales Iglesias: Kian Trejo and brothers Brandon and Jordan Santos will be traveling later this month to Huatulco, Mexico, to compete in Olympics qualifiers being held by World Triathlon on Sunday, June 13.

Trejo said Kent “Bob” Gabourel will accompany them as their coach.

“It’s a sprint distance triathlon race,” said Trejo. “It’s a 750 meter swim, a 20K ride and then a 5K run. There should be at least 70 participants that are going to be doing it from different places around the world.”

Trejo and the Santos brothers qualified to this meet by races they did in 2019 when they were initially trying to qualify to the 2020 Tokyo Olymics which will now be held in July and August.

“Here in Belize we had events in 2019 and my team and myself made the podium in 2019 so that added us the Belize National Team,” Trejo said.

In an international event, Gabourel, who is still active, won the Elite Category. A Guatemalan was second and Trejo was 3rd.

“We got accepted through the ITU, the International Triathlon Union, to participate in this event. The country got three slots to participate.”

But, the competition in Huatulco, Mexico, which is on the Pacific coast, will be fierce.

“Yeah, it’s a very difficult event as it’s going to be a lot of competition,” said Trejo. “I am assuming that the time to finish all three disciplines would be 54 minutes, the fastest time. But, anything under an hour in the event is a qualification time for the Olympics.”

The three will have to be at their very best to make that time.

“The three of us are actually trying to go make that PB, our personal best, for this event. At this moment for our time, we’re a a little bit more than an hour, between an hour and five and an hour and seven minutes,” he said. “But then with our training for this race coming up, there’ll be a lot of athletes, so we could get an advantage in regards to being a little bit more tactical with the race and preserving energy along with other athletes in regards to drafting in the water, on the bike and then hopefully we’ll have enough energy to finish off the run.”

Trejo said the National Olympic Committee and the Belize Triathlon Association are sponsoring their trip.

The Belize Triathlon team is leaving on June 8 for the event on June 13. They return on June 14.