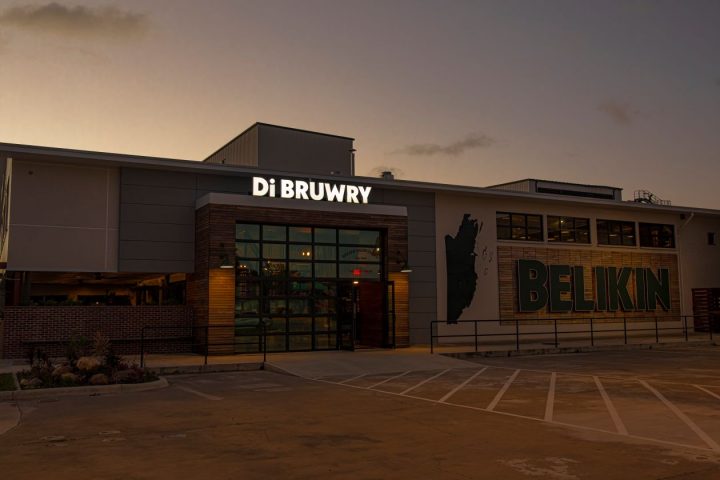 By Benjamin Flowers: Di Bruwry, the Belize Brewing Company’s seven-figure, state-of-the-art craft brewing facility/restaurant has been opened since January; however, due to health restrictions brought on by the COVID-19 pandemic, the company could not present the establishment to the public the way it hoped. This week Belize Brewing Company gave a tour of the facility to major media houses to explain what the facility really is and what it means for the company going forward.

Located on the same compound of the Belikin Beer factory in Ladyville village, the facility serves a number of purposes, according to Brew Master Nolan Michael, who explained that the facility keeps the company in line and in some cases puts it ahead of global trends, which are moving towards small craft brewing.

“There are many international beer brands, especially the large multi-nationals because the craft beer market has become so popular and is such trending that they are buying up most of the small craft brands throughout the world,” Michael said. “The original thought was we needed to be able to be innovative. Innovate our portfolio, diversify our portfolio, we needed a pilot system in order to do that.”

The facility also serves as a way to share the company’s history with Belizeans and tourists alike, as the pilot crafting facility, restaurant, lounge areas, and gift shop, are all built around the company’s original Belikin Brewery which was established back in 1969. A key feature of the di Bruwry is that visitors can see the original equipment used to make the first Belikin beers in Belize.

Micheal explained that with the new automated equipment, batches of beers can be made in volumes of 1,000 liters instead of using the larger equipment which brews at 12,000 liters. The lower volumes allow for greater experimentation with less financial risk for the company, and serving the crafts right in the restaurant allows for the company to get real-time feedback from their customers as to which brands could possibly be bumped up for larger production. Some of the flavors being crafted right now include banana bread, mami, citrus, bird pepper, and fever grass.

The company also pressed on with completing the facility, despite COVID-19 delays, as a means of creating job opportunities. Michael explained that the completion of the facility opened the way for 30 new permanent posts within the company to be created, including waitresses, cooks, and brewery staff including Belize’s first female head brewer. 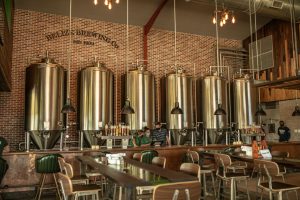 Micheal Bowen, head of the Belize Brewing Company, in a statement released yesterday, said, ” “We had considered delaying the opening of Di Bruwry due to the limited operating hours outlined in the SI regulations. Yet, we knew it was important to create jobs when Belizeans needed them most.”

The company promises to continue creating new options for its customers, while simultaneously maintaining consistent quality on its portfolio brands especially Belikin, which is known as the beer of Belize.