Get vaccinated to protect yourselves and your loved ones! 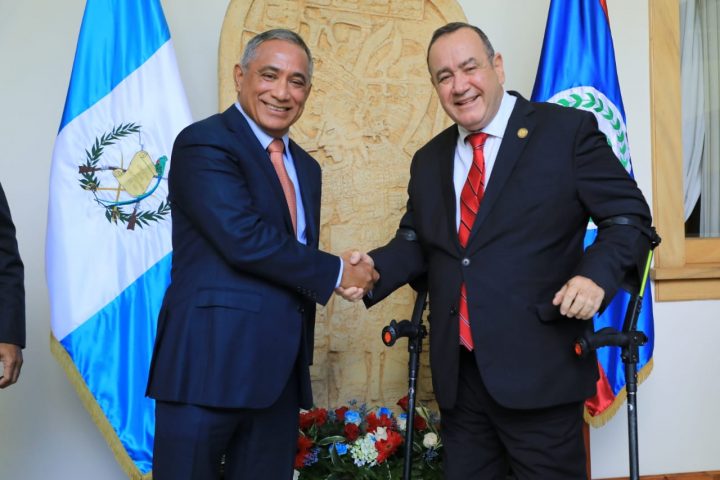 By Rubén Morales Iglesias: The Government of Guatemala said in a statement that during the visit of Belize Prime Minister John Briceño, he and president Alejandro Giammattei had a substantive and productive dialogue on different issues of the bilateral and regional agenda.

The statement said that while the Territorial, Insular and Maritime Diferendum is resolved by the International Court of Justice both leaders “reiterated their commitment to advance the strengthening of the ties of friendship and cooperation between Belize and Guatemala.”

The Guatemalan release said they exchanged points of view with regards to the impact of the COVID-19 pandemic on health, society and the economy of both countries and reiterated the need to equal and affordable access to vaccines to consolidate recovery.

Both leaders also agreed to facilitate bilateral trade and strengthen the cooperation between the two countries, said the release.

They agreed to increase the benefits of the Partial Scope Agreement (PSA) signed between Belize and Guatemala and gave instructions for the reactivation of the Administrative Commission of the PSA to implement and advance its increased scope, it added.

The Joint Commission met in Belize on May 18 and signed 13 bilateral agreements said the Guatemalan Government statement.

It further said that the two leaders instructed the Commission to accelerate the implementation of the agreements and to explore cooperation projects and programs that have as their objective the strengthening of the friendship between the peoples of Belize and Guatemala.

Briceño and Giammattei, said the statement, also touched on security and immigration. They made reference to the threats of organized transnational crime on the security of the countries, the quality of life of their citizens, and to peace in the region. They spoke about the setting up of a High Level Security Group which is to be facilitated by the Ministries of Foreign Affairs through the existing mechanisms of the Framework Agreement on Negotiations and Confidence Building Measures signed by Belize and Guatemala in 2005.

They also discussed the present migratory situation and agreed that it should be dealt with regionally.

Briceño, said the statement, also thanked President Giammattei for the warm hospitality that the People and Government of Guatemala extended to him and his delegation and invited Giammattei to visit Belize.

The Guatemalan Government’s release closed by saying that Briceño’s official visit was a follow up of the positive dialogue during the Meeting of Foreign Ministers at the Offices of the Organization of American States (OAS) at the Adjacency Zone on March 4, 2021 and said that it is an historical achievement for the bilateral relations which affirm the high priority that both Peoples and Governments give each other.