By BBN Staff: Today marks two years to the day that Excelsior Highschool Vice Principal, 44-year-old Alarice Andrewin was found brutally murdered, along with Vidal Yuman, 39, and Maria Lucas, 19. While two men, Kyle Zetina, 26, and Shawn Flores, 20, have been charged for the heinous crime, they have yet to stand trial.

Breaking Belize News spoke with Andrewin’s family and learned that the men were scheduled to appear in court in October 2020, however, there has been no movement with the trial since then.

On Tuesday, June 4, when Andrewin did not show up at school and did not call in, which her colleagues found odd. they were additionally worried, because her home, located between miles 10 and 11 on the George Price highway had been burglarized a month prior, so they called the police. The officers arrived to find the gruesome sight of the three friends bound hand and foot with gunshot wounds to the head. 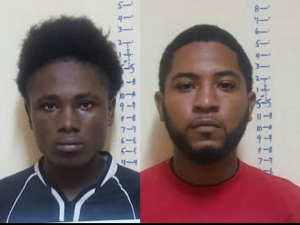 Following investigations, police arrested and charged Zetina and Flores almost a week later. Senior Superintendent, Hilberto Romero, Deputy Head, National Crimes Investigation Branch said that police believed the murder was done in the commission of a robbery, as the house was ransacked.

Andrewin’s death shocked all who knew her and raised a cry for justice as well as public outrage for the manner in which she lost her life.