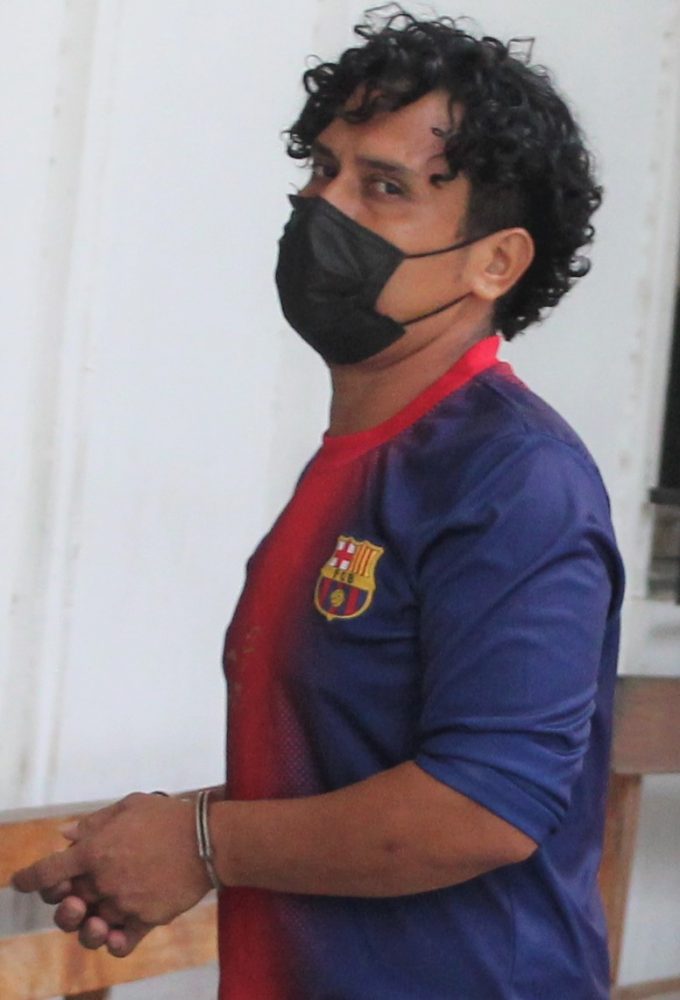 By Anita Nembhard-Flowers: A man is on remand at the Belize Central Prison after being charged with the attempted murder of his co-worker.

Ernesto Menjivar, 34, appeared in the Belize City Magistrate’s Court yesterday, where he was read charges of attempted murder and use of deadly means of harm after stabbing Gerson Almendarez, 20, on Friday June 4.

The two men reportedly met up in Constitution Park in Belize City around 5:30 that evening and got into an argument. During the argument Almendarez reportedly advanced on Menjivar, who responded by pulling a knife from his waist and inflicting an injury to his head.

Police were called to the scene shortly after where they found Almendarez bleeding profusely and took him for medical treatment.

In court, Magistrate Kiana Gordon advised Menjivar that, due to the nature of the offense, she cannot take a plea from him and that he will be trialed in the Supreme Court. He is set to make his first appearance at the Supreme Court on August 9.