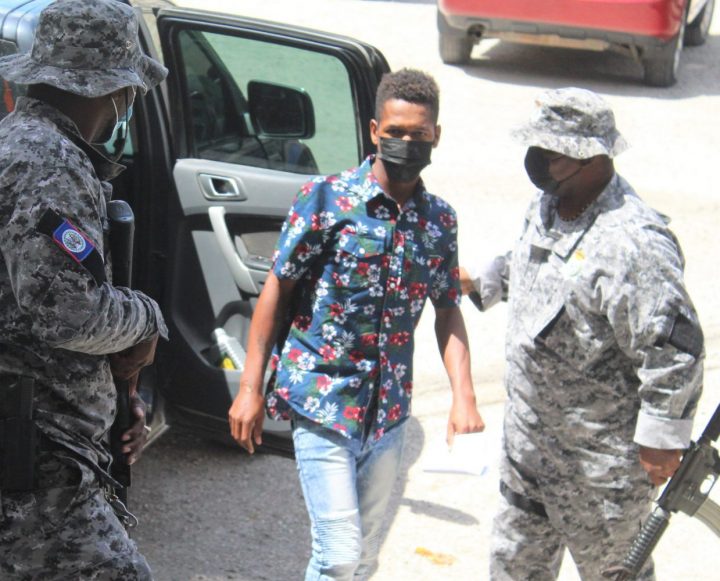 By Anita Nembhard-Flowers, Freelance Reporter: Eighteen-year-old Leeron Leolyn Muslar, answered to six charges today when he appeared in Belize Magistrates Court in connection with the fatal hit and run of 87-year-old Thomas Sutherland.

Muslar, represented in court by attorney OJ Elrington, was charged with one count each of manslaughter by negligence, causing death by careless conduct, drove motor vehicle without due care and attention, failure to stop and render aid, using an unregistered motor vehicle, failure to report an accident, drove unlicensed motor vehicle and use motor vehicle not covered by third party risk insurance.

No plea was taken as he was charged with an indictable offense, and while the prosecution did not object to bail, Head of Prosecution Branch, Alifah Elrington, asked the court to consider stringent conditions in light of the fact that Muslar fled the scene without rendering any assistance, leaving Sutherland for dead.

Magistrate Kiana Gordon offered bail in the sum of $4,000 plus one surety of the same. Muslar is also required to report to the Bermudian Landing Police Station every Wednesday of the week between the hours of 6:00 a.m., and 6:00 p.m., until his case is disposed of; he also cannot leave the country without the Court’s permission. Late this evening he managed to meet his bail. He is set to return to court on August 10.

The accident happened on the night of Friday, June 4, sometime after 10:00 p.m. Muslar reportedly hit Sutherland, who was walking on the road in Lemonal Village, with a motorcycle before leaving the scene. Sutherland’s body was not discovered until after 5:00 a.m. the following day. His family believes that if he had received emergency medical care he could have survived. Police recovered the damaged motorcycle shortly after finding Sutherland’s body, and apprehended Muslar soon after.