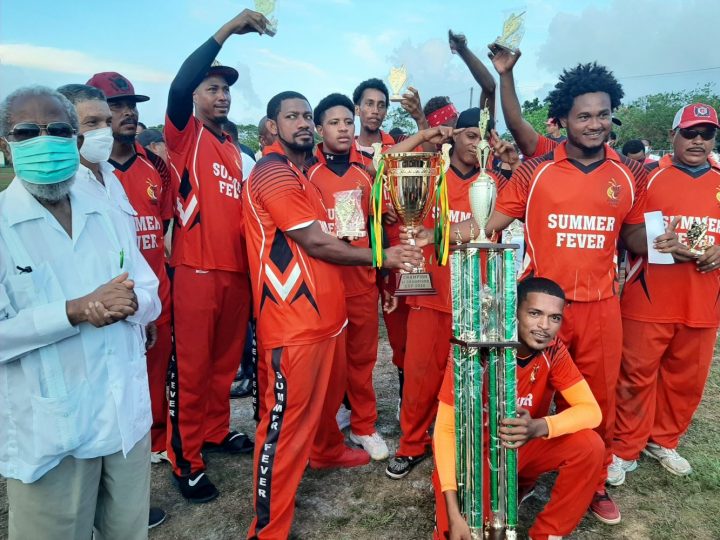 Champion of champions are normally decided between/among champions of the same level, not of different levels, but the BNCA doesn’t follow convention.

After the match, former Governor-General Sir Colville Young Sr, who has been a cricket patron presented the Champion of Champion’s Cup and a $500 prize sponsored by Bowen & Bowen to Summer Fever, and the Best All-around Player award to Kenton Young.

Sir Colville also presented individual awards and a cash prize of $500 each to the Best Bowler of Level 1 – Khalid Khan of Lords Bank Sunrise (30 wickets), and the Best Batsman of Level 1 – Kenyon Young (288 runs).

The Samuel Sukhnandan awards to the Best Player were given to Kenton Young of Level 1 and Keagan Tillett of Level II.