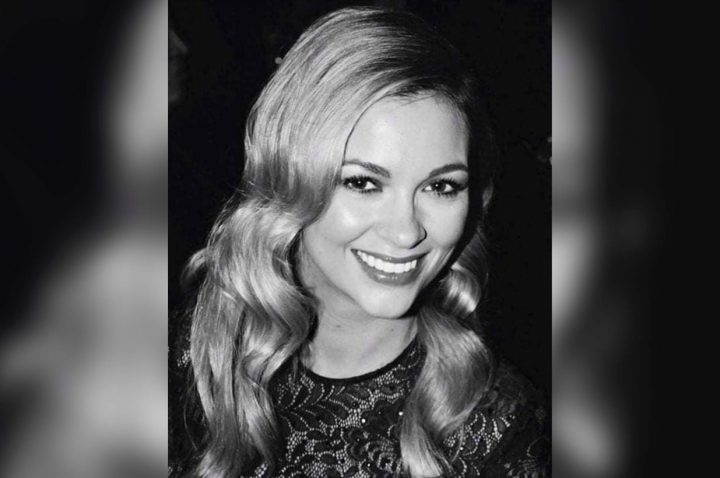 By Aaron Humes: As part of its arguments against granting Jasmine Hartin bail on her charge of manslaughter by negligence, Crown prosecutor Shanice Lovell revealed in arguments this morning before Supreme Court Justice Herbert Lord that the 32-year-old mother of four-year-old twins and businesswoman has been visiting Belize for seven years.

Her latest visitors’ permit, Lovell said, expired two days ago on Monday, June 7, but she has a Canadian passport and her children are dual Belizean-Canadian citizens, making it more likely that if she were to leave Belize, she would be headed to that country. Belize and Canada are the only independent countries on the continental mainland that are still part of the Commonwealth and share similar legal and judicial systems (the United States of America broke away in 1776 and won its war of independence with Britain a few years later; Guyana is an independent republic).

The Crown also argued that Hartin technically has violated a condition of her permit that she is not to work or own a business in Belize, but that she could now flee and work from elsewhere in the world.

And it cited the statement of investigating officer Sergeant Allan Woods which quoted from Hartin’s caution statement to authorities, in which she claims deceased Police Superintendent Henry Jemmott asked her to eject the magazine from his Glock pistol before they headed inside from the pier they were socializing on in San Pedro Town. Supposedly according to this statement, she was having trouble doing so and the gun discharged, fatally striking Jemmott behind his right ear.

But according to defense counsel Senior Counsel Godfrey Smith, his client could just as easily have been guilty of an accident as of negligence leading to death, though it is a matter for trial and the court was not obliged to hear the merits of the case at this stage.

The Crown set the burden and standard of proof on itself as on a balance of probabilities – whether Hartin was more or less likely to abscond if granted bail – than beyond a reasonable doubt. It argued that Hartin’s access to vast resources and ample means would make it more possible that she would leave and send for her children later on, and that the risk to the administration of justice and to society was too great and could not be minimized by conditions the court would set for bail.

In defense of his client, Smith argued that trite law supposed that she was first of all innocent until proven guilty, and that this was not the stage to challenge guilt; second that under Belize’s Constitution, all those in its shelter, Belizean or no, were fully equal and protected before the law and that the court must act on a presumption of granting bail, after carefully considering whether there was an “unacceptable risk” of absconding and not appearing for trial, or interfering with the investigation and tampering with witnesses and so on, though the latter matters were not before the court in this application.

In his client’s favour, said Smith, was that with the opportunity to do so, she did not leave the crime scene on May 28, did not dispose of the alleged weapon used in the incident or tamper with it, and gave a statement under caution – after first, as is her right, seeking legal counsel to represent her. And while he insisted that he was not about to impugn the character of the late Superintendent Jemmott, known and respected by him and arguably all, it was not in dispute, he said, that both were drinking at the time and that according to Hartin, Jemmott had let her handle his service firearm before, in fact in the previous week.

Hartin is eligible for, but has not pursued, Belizean citizenship, said Smith, and the truth of the matter is that with Belize’s borders and the general layout of the country, anyone charged with a serious offense was a potential flight risk.

The court was to look not just at the possibility but the probability that the risk of letting Hartin free outweighed her constitutional right to liberty and equal protection under law, Smith added, and the Crown had put little evidence forward in this regard.

In his ruling, Justice Lord agreed that in his long experience on the bench, many were those who, when released on bail, kept their conditions and appeared for trial, and few were those who did not. Each case, he made clear, turned on its own merits. The matter of citizenship and movement did not turn the case either way in his view, and any concern about the children was unfounded as he would not, and was not asked to, interfere with their movements and seeing their mother. Health issues (asthma and anxiety) were also raised but not argued in great detail except to say that the prison has adequate facilities to treat both.

On the matter of potential severity of sentence and the seriousness of the offense, he agreed with legal precedent that these by themselves were not enough to reach the threshold of an unacceptable risk in granting bail. The maximum sentence under law for manslaughter by negligence is five years in prison, but depending on the various cases, whether for vehicular manslaughter or discharge of a weapon, convictions resulted in fines or short custodial sentences.

Among the cases cited are those of Victor Cuevas, tried before Justice Lord and upheld in the Court of Appeal, wherein he was jailed for one year after a zigzag drive caused a three-car pileup that claimed the life of a mother and her unborn child; Ibrahim Smith, who pleaded to manslaughter by negligence as a lesser charge in the death by gun discharge of Shanelle Reyes and received nine months; and Sherwood Wade, who accidentally discharged his weapon causing death and was initially fined $4,000 at Supreme Court level, later raised to $15,000 by the Court of Appeal, with then-President Manuel Sosa suggesting the offense was worthy of custodial time.