Belize will play Barbados, Curacao, & Saint Vincent and the Grenadines for the 2022 Concacaf Women’s Under-17 Championship Qualifiers 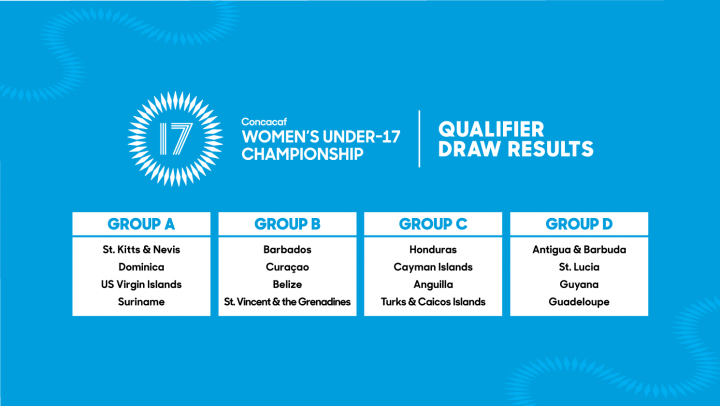 By Rubén Morales Iglesias: Belize was drawn in Group B and will play against Barbados, Curacao, and Saint Vincent and the Grenadines in the 2022 Concacaf Women’s Under-17 Championship Qualifiers.

The players of the U-17 Belize Women’s National Team (BWNT) arrived at the FFB Headquarters in Belmopan this morning just in time for the live draw which took place at Concacaf Headquarters in Miami, Florida. The U-17 BWNT started its training cycle this morning.

The other countries were drawn into the following groups:

Concacaf said the Qualifiers will be played in round-robins in August of 2021 but has not yet announced the venue.

The four group winners will advance to the knockout stage of the Championship.

Concacaf said earlier that 32 members associations will compete in the 2022 Concacaf Women’s Under-17 Championship. The Championship will have three rounds (Qualifiers, Group Stage, and Knockout Stage).

“Based on the current Concacaf Women’s Under-17 Ranking, the top 16 teams will qualify directly to the Group Stage, while the remaining 16 participating teams will begin play in the Qualifiers,” said the Concacaf release.

Concacaf also said that the Group Stage and Knockout Stage will be played in the first quarter of 2022.

Concacaf said that the top 16 teams will be split into four groups of four. They will play round-robins qualifying the top three teams in each group to the Round of 16 which will include the four winners from the Qualifiers.

“The entire Knockout Stage (Round of 16, Quarterfinals, Semifinals, Third-Place Match, and Final) will be played in a single match, direct elimination format.”