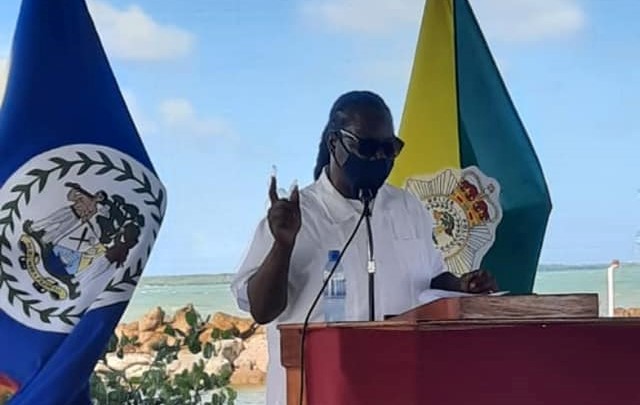 By Benjamin Flowers: Belize saw 21 murders in the month of May, many of them related to gang violence. The severity of the issue has prompted the formation of the Leadership Intervention Unit (LIU), a multi-sectoral body formed with the purpose of taking a “therapeutic” approach to addressing gang violence as opposed to a punitive one.

This week the Chairman of the LIU William Dawson, who is the Director of the Wagner’s Youth Facility at the Belize Central Prison, said that the group has assembled government agencies, religious leaders, social service personnel, and even private sector entities to mount a sustained, collaborative effort to addressing issues that the youths involved in gang activity are facing.

Dawson said the LIU recently completed a mediation session of 23 gang leaders, which they have renamed neighborhood leaders to remove the stigma that is associated with the word “gang”, and stressed that culture is playing a key role in the actions of gang-affiliated youths. He noted that the rise in gang violence is not unique to Belize but is a worldwide phenomenon, with things such as music, movies, and television shows have glorified the violent behavior while perpetuating negative stereotypes about masculinity.

“It comes down to looking at our culture of masculinity in Belize where we solve our issues with violence and aggression instead of coming to the table to reason and discuss. And they’re so many guns out there and so many people who are traumatized, that is why so many people are on the edge,” Dawson said.

Dawson also said that the culture at home is also having a negative impact on the youths, as homes are now failing to properly discipline youths and teach them good values such as respect. He stressed that this failure to address small things such as how youths should speak to adults have caused a gradual degradation of culture and opened the door for the situation being manifested on the streets. He noted that many youths are also being raised without respect for God being instilled in them, and that the lack of connection to a higher power has also played a role in lawless behavior.

He said that this weak social and moral base grouped with a lack of support systems, low employment, poverty, generational trauma, police harassment, and a myriad of psychological and psychiatric issues needs to be approached with a view to heal rather than punish to achieve lasting effects.

The LIU has several tangible goals for the creation of support systems, including the creation of a database, follow-up, and monitoring system for youths who leave prison to generate data that will guide policy decisions and interventions.

The unit has the support of the Minister of Home Affairs and New Groth Industries, Kareem Musa, who assured that he will be taking their issues to Cabinet to rally further government support.