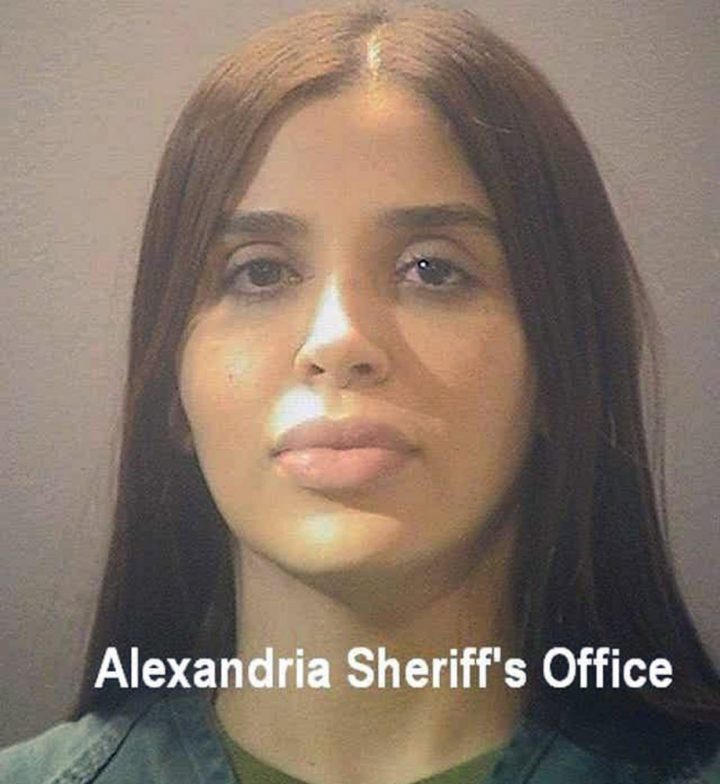 Aispuro has been in jail since her arrest at the Dulles International Airport in Virginia back in February.

The prosecutor, Anthony Nardozzi, said Guzman’s wife had “aided and abetted” the Sinaloa cartel’s in importing around 90,000 kilos of marijuana, more than 450,000 kilos of cocaine, 90,000 kilos of heroin, and 45,000 kilos of methamphetamine into the United States. Nardozzi also noted that Guzman commanded an army of hitmen “sicarios” who were ordered to kidnap, torture, and kill anyone who got in his way and that Aispuro also played a role in that aspect.

As part of a plea deal, Aispuro pleaded guilty on Thursday to knowingly and willfully conspiring to distribute heroin, cocaine, marijuana, and methamphetamine for several years. She also pleaded guilty to a money-laundering conspiracy charge and to engaging in transactions with a foreign narcotics trafficker. Under an agreement with U.S. prosecutors, Aispuro is facing between 9-13 years in prison,

Her attorney, Jeffrey Lichtman, had argued that Aispuro was a “very minimal participant” in the drug empire and that she was happy to put the matter behind her as she did not expect to be arrested after her husband had received a life sentence upon conviction.

In February 2019, Guzman, 63, was trialed in a New York Federal Court and sentenced to life in prison plus 30 years inside the federal Supermax prison in Florence, Colorado. Guzman had been jailed in 2014 but made international headlines the following year when he escaped before formal sentencing through a tunnel dug under the facility by his associates.

He was recaptured in Mexico in 2016 and was later extradited to the US. During Guzman’s trial, a cartel insider who testified against him told federal prosecutors that Guzman had operations in Mexico, Honduras, and Belize. See full story here.