Kaya Cattouse to decide on Sunday morning if she will defend her National Time Trial Championship; Kaya suffered cuts and bruises in a crash during C-Rays Thursday Race 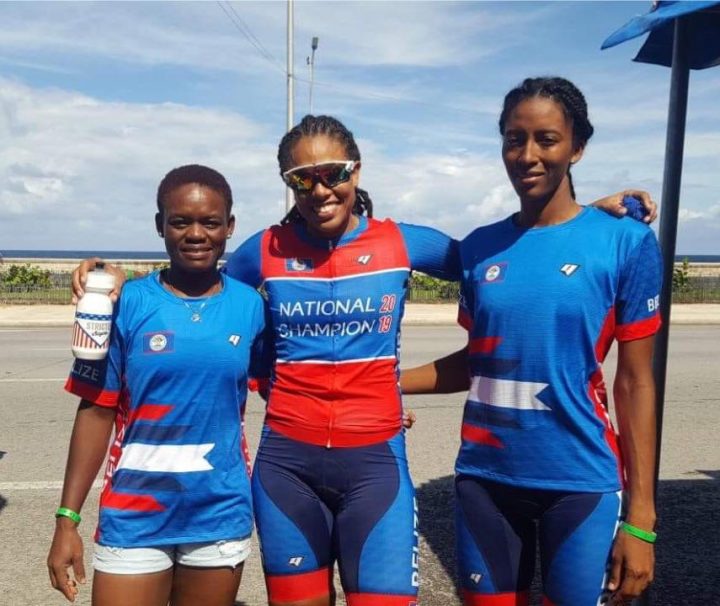 By Rubén Morales Iglesias: Kaya Cattouse says she will decide on tomorrow morning if she will defend her National Time Trial Championship.

“I still plan to,” Kaya said. “However, we’ll make the final decision on Sunday morning.”

On Thursday, Kaya suffered cuts and bruises during a multiple-rider spill during the C-Ray’s Thursday Race on the John Smith Road.

CFB president Orson Butler said the race will be held on the John Smith from the Philip Goldson International Airport Road roundabout to the roundabout at Mile 8 on the George Price Highway at 8:00 am.

The Women’s 10-mile time trial is exactly one lap on the John Smith.

In 2019, Kaya completed the National Time Trial Championship on the Burrell Boom Road on June 22, 2019, in 31 minutes and 30 seconds. Nicole Gallego was second 43 seconds behind.

Alicia Thompson took third 3:09 behind and Taralee Ordonez trailed by 4:47 to finish 4th.

Gallego, Thompson, Ordonez, Fiona Humes and Gabrielle Gabourel should challenge Kaya should she decide to hit the road on Sunday.

“I have a busted elbow that needs a couple stitches and my shoulder, I think I have ligament or tendon issues,” Cattouse said right after suffering a crash in the C-Ray’s Full Throttle Thursday’s Race on the John Smith Road near the George Price Highway 8-Miles roundabout.

“I got stitches and hurt my shoulder,” Kaya on said late Thursday evening

Kaya, who was filming the race on her helmet’s bike cam, was behind Alberto Acosta, who fell onto the pavement causing a domino effect spill.

“At least like 8 or 9 of us went down,” Kaya said after the crash “There was a piece of clay on the road from those dump trucks. A cyclist hit it and his fork broke…the rest was history.”