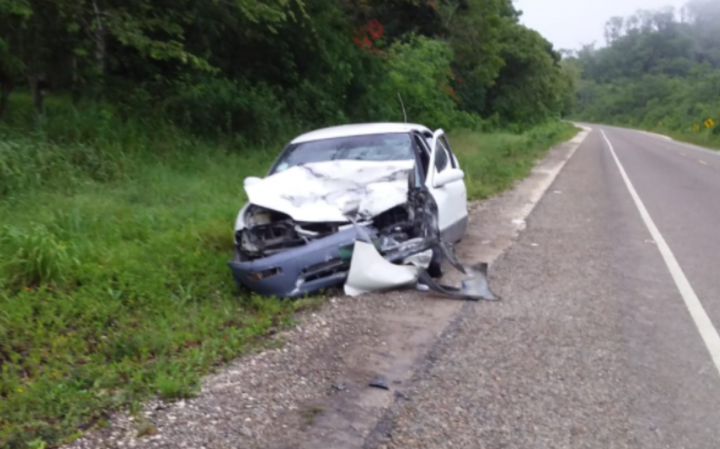 By Aaron Humes: A taxi driver is dead and two others injured following a head-on collision Saturday night in the village of Ontario, Cayo District.

Police responded to the scene between miles 54 and 55 on the George Price Highway near Warrie Head and found two vehicles damaged and three persons with varying degrees of injury.

The white Geo Prism taxi bearing license plate D_4032 on the right-hand side of the highway when travelling to Cayo was driven at the time by Alberto Jimenez who complained of pain in the chest area.

On the left hand side of the highway when travelling toward Cayo, there was a Black ford Escape, license plate CYC 39885 driven by 34-year-old Myron Anthony Medina of Santa Elena Town, Cayo District, who complained of chest pain. Passenger Jodine Puerto, 37, of Roaring Creek Village, Cayo District, who complained of hip pain. All three injured persons were transported to Western Regional Hospital, Belmopan. 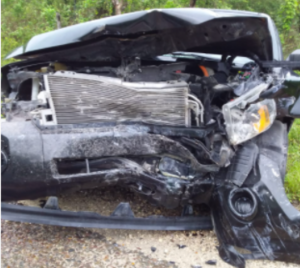 Jimenez was driving from Belmopan toward Cayo when he collided head on with the Escape, which was travelling in the opposite direction. Jimenez later died in hospital. Police investigations continue.