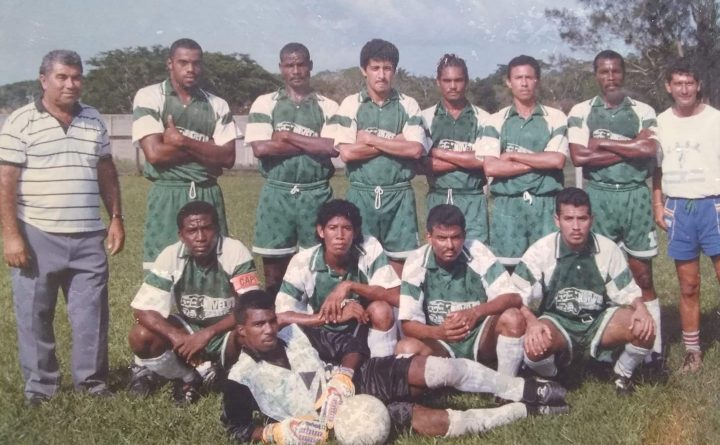 By Rubén Morales Iglesias: This year, things don’t look good for Verdes. They, just like all the other PLB clubs who would want to represent, haven’t played football for more than a year. So, the question is, what’s to be expected of Verdes in the Scotiabank Concacaf League this year?

Last year, Verdes were unable to play a single game in the Scotiabank Concacaf League.

After being appointed to represent Belize as the “2019 Opening Champion with the most accumulated points in the 2019-20 season,” Verdes, unable to do training here because of the COVID-19 restrictions, trained a couple of weeks in Cancun, Mexico.

From there they travelled to the Dominican Republic where they were supposed to play their first game against Arcahaie of Haiti.

But then COVID-19 reared its ugly head infecting several of the players and technical staff, so Verdes had to pull out of the SCL after such much investment and risk without playing a single minute.

Now, they have been given another break, and controversial as it may be (PLB clubs have opposed the appointment), Verdes are going at it again.

But are they prepared? Doesn’t look so. This may be the worst year ever for any Belizean football club. Though contact sports organizations have been given permission to train since May 1, no competitive games have been allowed. The Minister of Sports Kevin Bernard said the Government of Belize will consider giving the green light to contact sports in August if the COVID-19 situation improves. But that’s until August 1, and the SCL kicks off on August 3.

It means Verdes would have to go out of the country to play competitive friendly matches if they want to be prepared for the SCL.

Right now, the other PLB teams are still fuming after the FFB-Concacaf decision.

The FFB said that the criteria used to recommend Verdes considered four points: that Verdes were the 2019-2020 Opening Season champs, they were the 2019-20 PLB Closing Season leaders when the competition had to be suspended because of the Covid-19 restrictions, they have been the club with the best performance in a Concacaf Tournament, and the club with the majority of players on the Belize Men’s National Team for the 2022 Qatar World Cup Qualifiers.

On June 8, the FFB said the Concacaf Council approved the “change in the qualifications criteria for a club participating in any competition” on June 6 and gave Verdes the go-ahead.

That same day the PLB clubs wrote the FFB and copied the letter to Uncaf and Concacaf opposing Verdes’ participation because they were not consulted.

Verdes, along with the long defunct Milpros, were the first clubs to represent Belize in international Concacaf play back in the 1985. Since then, they played the best competition in the region and though they mostly ended on the losing side, like most of the Belize teams, they have had some good showings like the 0-0 draw against Querétaro of Mexico at the Norman Broaster Stadium in San Ignacio in 2015.

In fact, 2015 might have been their best year for Verdes as defeated San Francisco of Panama. However, the return matches against Querétaro and San Francisco, we might as well forget them.

In 2006, they drew against Puntarenas, team that featured Belizean Shane Orio in goal, at the Norman Broaster.

Verdes have participated in international play more than any other Belizean club and apart from the teams already mentioned, they have faced the clubs like Cruz Azul, Santos and UNAM, from Mexico, Liga Deportiva Alajuelense from Costa Rica, Platense from Honduras, Luis Angel Firpo from El Salvador, and Comunicaciones, Municipal and Xelajú from Guatemala.

Hopefully, for the sake of Verdes and Belizean football, they perform respectably.