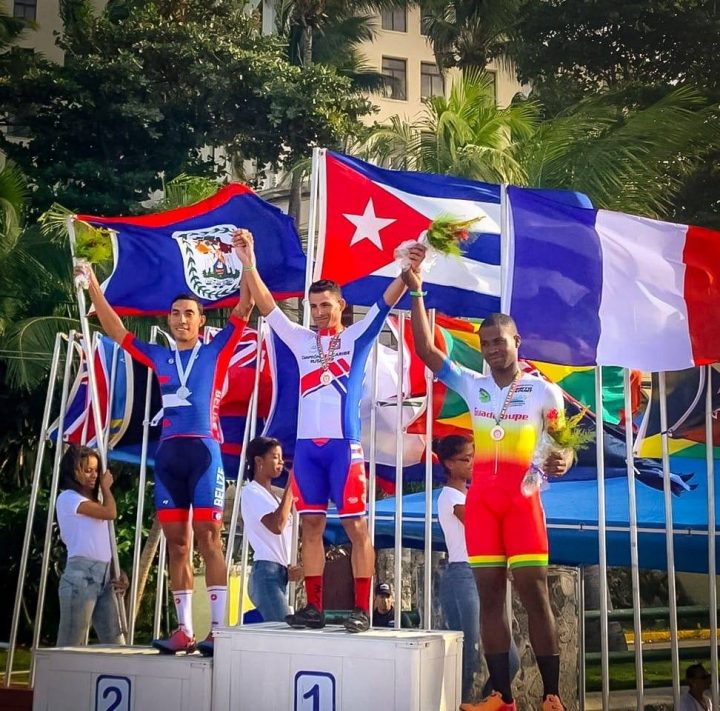 By Rubén Morales Iglesias: The 2020 Elite/U-23 Caribbean Championship which was set for this month in Cuba has been moved to the Dominican Republic and postponed again.

“They have changed the location to the Dominican Republic. So far, there is no confirmed date [though] the event has been changed from June to August,” said Orson Butler, president of Cycling Federation of Belize.

National Individual Time Trial Champion Oscar Quiroz is the subchampion of the 2019 Elite Road Caribbean Championships in Havana, Cuba.  Quiroz finished in second position clocking 3:10:01 in the 77-mile race, same time as the winner Cuban Felix Nodarse. The next two riders also had the same time. Quiroz rode that race at an average speed of 24.33 miles per hour.

Giovanni Lovell finished 5th in that race 1:46 behind the front four leading a field of 26 other riders which included Belize 2019 Road Champion Ron Vasquez.

Quiroz and Lovell were 12th and 13th respectively in the Time Trial.

The 2020 Elite/U-23 Caribbean Championship was originally set for last year in Cuba but was postponed due to the COVID-19 pandemic. Now, because of increasing cases in Cuba it has been postponed again and moved to the Dominican Republic, but as Butler said, that’s not 100 percent sure yet.

Belize is to be represented at the international event which is a qualifier for the Pan American Junior Games which the CFB expects to attend.

The Pan Am Junior Games U-23 are scheduled for September in Cali and Barranquilla, Colombia.