Buying Retirement Land in Belize: The Idea is Brilliant! 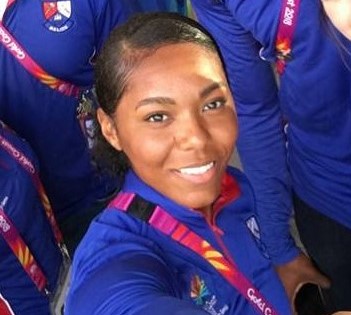 By Rubén Morales Iglesias: Samantha Dirks was Belize’s best athlete at the Mexico’s National Athletics Championship at the Olympic Stadium in Querétaro finishing in second position in the 400m.

However, Dirks did not medal because he Belizean athletes along with runners from Peru, El Salvador, and Costa Rica were only participating as invited guests of the Federation of Mexican Athletics Associations (F/MAA) over the past weekend and but their times will be considered official for qualification to the Olympics and Pan Am Games.

Dirks clocked 54.40 behind first place Paola Morán of Jalisco who was timed at 51.34.

Moran qualified directly to the Olympics which requires a time of 51.35.

Dirks had recorded a better time (54.20) in the preliminary round.

Dirks did not participate in the Finals which were won by Tamayo in 23.37.

Hilary Gladden finished 12th in the 100m preliminaries in 12.40, 1.01 seconds behind Tamayo. Gladden who was suffering from swollen knees, according to FAA president Deon Sutherland, did not run the 200m.

Ashantie Carr did not compete in the long jump nor triple jump.

Wade did not participate in 800m either.

Brandon Adolphus was signed for the 1500m and 5,000m but he travelled to the Central American Cross County Championship in Guatemala instead.

The Belize men’s relay team was disqualified from the 4x100m won by Nuevo León in 39.37.

Canaan Smith was 8th in the discus with a throw of 35.25m. The winner Noel Aguirre of Chihuahua threw 55.66m.