Project BZE cyclists finish in peloton right behind leaders in 2nd day of the Tour of America’s Dairyland in Wisconsin, United States 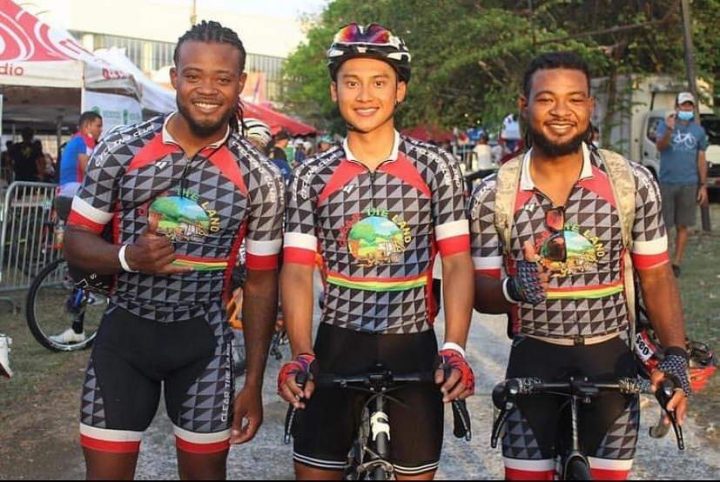 Corbin Parsley of Velosport won the Men’s Cat 2-3 Criterium at the Tour of America’s Dairyland at Janesville in 49:35 on Thursday.

The three Belizean riders finished with the 30-man strong peloton which rode in 15 seconds behind.

At the end of it all, Jafari Castro finished officially 16 seconds behind at 49:51 finishing in the 15th position.

“He was risking his chance of winning at every corner that he even slid and slammed the metal fence but like any Belizean, he got up and rode his bike to get the win,” said his brother manager Hao Cheng Lee. “Wasani and Jafari Castro deserve all the credit to Henry’s success on and off the bike!”

“Super proud moment for Project BZE because this is definitely the biggest win yet in the USA!” said Lee.

Before Tulsa, Oklahoma they competed in the Tour de Murrieta where Li won one of the stages.

The Castros and Li are competing in the national criterium series held throughout the United States.

“The biggest and most exciting crits span multiple racing series and include amateur and pro racers—but the backbone of the sport in the U.S. is USA Crits,” says Bicycling.com.

“Now in its 15th year, the national criterium series—which is not affiliated with USA Cycling, the national governing body—travels to nine cities in 2021 between June 11 and September 11 this year to host races.”