House and church in Jalacte village damaged by fire 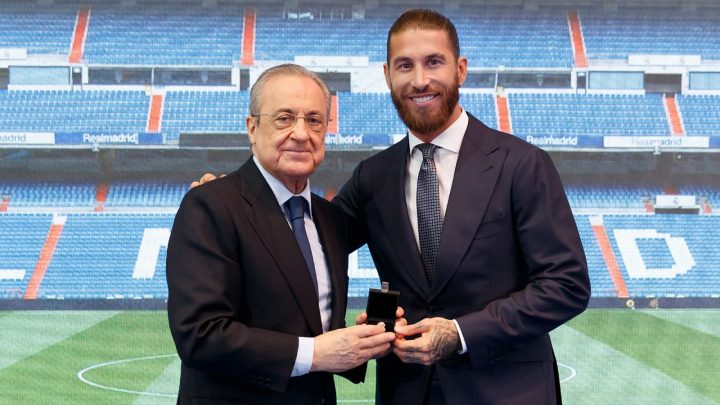 By Rubén Morales Iglesias: “In the latest conversations, I accepted the offer with a pay cut, and I was told there was no longer an offer. I was told that despite having given the OK to the proposal, it had an expiry date, and I didn’t realize it,” Sergio Ramos said at a press conference on Thursday in Madrid. “It surprised me.”

Sergio Ramos, 35, who has played 16 years for Real Madrid since arriving from Sevilla in 2005, said he didn’t want to leave Real Madrid.

On Wednesday, Real Madrid announced that Ramos would not continue with the club and that today they would say goodbye to him with a tribute that would be followed by an online press conference.

Ramos’ contract is over at the end of the month and for a while now it had been rumoured that he might not continue because both sides couldn’t agree on terms. Ramos wanted a two year extension, the club offered one year with a 10 percent pay cut.

At the farewell ceremony, Ramos broke in tears.

Ramos and a very somber club president Florentino Perez hugged at the farewell ceremony which was attended by Real Madrid board members, staff and Ramos’ family.

“I never wanted to leave Real Madrid, I always wanted to stay here,” Ramos said. “In the last few months the club made me an offer of one year, with a pay cut. I want to highlight that money has never been a problem, the president knows that.

“The money was never an issue. My issue wasn’t financial, it was to do with the years and having that peace of mind and continuity for my family. I wanted two years and the club offered me one,” Ramos said.

“I leave here feeling proud of what I’ve achieved and the 16-year relationship I’ve had. We’ve won a lot and I come away with those memories and that taste in my mouth.”

Ramos said that he wouldn’t talk about the negotiation meetings with Perez but it was obvious he wasn’t happy.

“Every minute that I’ve been out on the pitch and have worn this crest I’ve been true to myself, I’ve given my heart and soul for this club and that’s how I’d like to be remembered. I’ve got my strengths and weaknesses but, above all, I’m an honest man and person.”

“I’d have liked to have said goodbye at our stadium but hats off to the club and the president. I couldn’t have wished for a better send-off. I’d have liked to have felt the fans’ support because there’s a bond that’s been there for many years and a link that nothing and nobody can take away. Ultimately, the circumstances are what they are and COVID-19 means that my departure is a bit different, but I feel privileged to have experienced this chapter.”

So, where will Ramos play next?

He said he doesn’t yet know, but said he was not returning to Sevilla, nor would he play for Barcelona.

“It’s a categorical ‘no’ and one as big as the new Bernabéu in size. You can rest assured that you won’t see Sergio Ramos in a Barcelona shirt.”

“Madrid is my home, my family and my school because I’ve grown as a person and a professional here. Today I say see you soon, but Ramos will be back, nobody should have the slightest doubt about that”.

“I couldn’t do anything more, but I don’t want to focus on any conversation or the end of my time. I want to focus on what we’ve experienced, the things that I’ve enjoyed, that Florentino was the president who brought me to Madrid and I’ve lived out a dream that’s seen me win everything and everything that we’ve got in our trophy cabinet. It’s that affection that I want to take away with me.”

“Today isn’t an easy day,” Perez said during the tribute. “You’ve been someone very special for me and we’ve suffered and fought together for Real Madrid’s recent history. Above all, I want you to be happy wherever you are… We’re convinced that a legend like you will always be a great ambassador for Real Madrid.”

During his time at Real Madrid, Ramos made 671 appearances and despite being a defender he scored 101 goals.

In total, Ramos won 22 trophies at Real, including four Champions Leagues, five La Liga titles and two Copas del Rey. During that time, while playing for the Spain National Team he won Euro 2008 and Euro 2012 and in between he also won the 2010 World Cup.