Investigation begins into smoke at Sleeping Giant, public warned not to go near 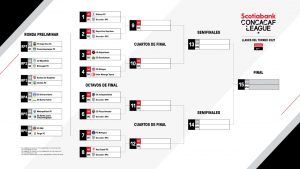 By Rubén Morales Iglesias: Verdes will have Santos de Guápiles as their rival in the Scotiabank Concacaf League which kicks off on August 3.

Concacaf held the draw for the Preliminary Round and Round of 16 of the 2021 Scotiabank Concacaf League (SCL) on Wednesday evening in Miami.

Verdes will be playing home and away games against the Costa Rica club. The first game should be played between August 3-5 and the second leg between August 17-19.

Should they advance to the next round, their rival will be Plaza Amador of Costa Rica.

The full pairings for the Preliminary Round are the following:

The winners from the Preliminary Round advance to the home and away Round of 16 matches to be played during the last two weeks of September.

Concacaf said that the 10 clubs seeded into the Round of 16 and the six Preliminary Round winners will meet according to the following eight pairings:

Concacaf said it will announce a complete schedule, including kickoff times and other details in the coming days.