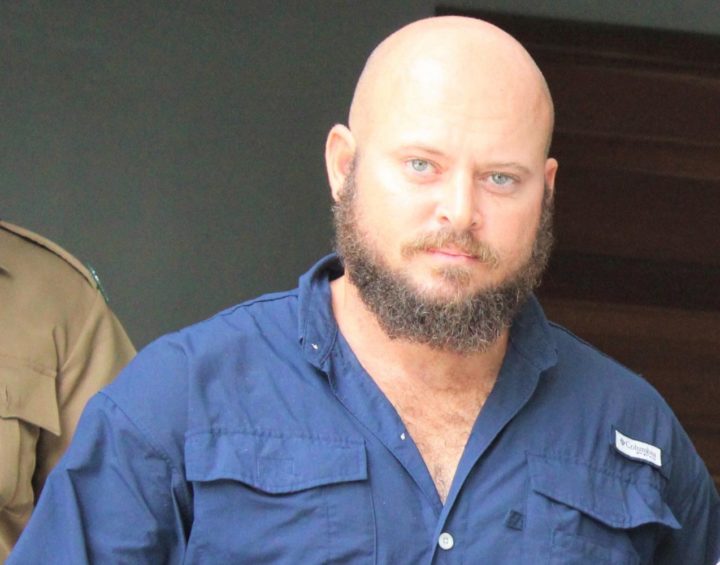 By Aaron Humes: Two weeks ago today, Monday, San Pedro Town businessman William Mulligan saw his charges in relation to a licensing mix-up dropped in court; however he has yet to get his weapons back.

He is also suing the Belize Police Department for damages in relation to the incident and for the return of the weapons themselves.

Mulligan has been speaking to Breaking Belize News, though he indicated he was not available for an interview in person.

According to Mulligan, on his court appearance on June 7, “the charges were dropped by the department within the first minute of the official trial date … After almost two years they could not provide ‘any’ evidence to support their charges against me.” (Emphasis his)

He had gone to the Racoon Street Police Station on August 4, 2019 for the relatively simple procedure of relicensing his weapons, presenting the relevant documentation for three firearms: a black H and K 9-millimetre pistol; a XTR 12-gauge shotgun and one of two 9 mm Glock 19 Gen 4 bearing serial number YTE849 but registered in someone else’s name.

As Mulligan explains, the department was unable to locate records for the weapons in their system, a not unusual occurrence. But he was blindsided by his arrest and confiscation of the weaponry a few weeks later, though the arresting officer was sympathetic and indicated that his orders came from “an officer above his rank” of Sergeant.

Charged for keeping firearms and ammunition without a license, Mulligan was granted bail and the case meandered for nearly two years before its dismissal.

But Mulligan states, “However, the injustice and maliciousness continue. My attorney (Senior Counsel Ellis Arnold) and I have written to the Police department requesting the return of my firearms, as they now have zero legal grounds to hold onto them. Unfortunately, being true to their arrogant, malicious, corrupted nature, none of the relevant authorities within the department has had the decency to respond to my attorney and I as yet.”

He continues, “This entire ordeal has caused me unimaginable stress, huge financial losses, and irreversible reputational damage, the damage has been done, I will never get the justice I deserve. However, with that said I have filed two civil suits against the Belize Police Department for all the damages they have caused me, as well as for illegal confiscation of my firearms.”

Mulligan told us, “All my permits issued by the department was labelled as “renewal” which can be seen in the top right corner of each permit so it was not the first time I was renewing or applying for them as seen in the images attached. When the department issues a permit, they give the permit holder the white copy and they keep a hold of the yellow and pink copy in their license book. I would image when the book is finished then it would be sent for filing and all they had to do or one method of checking was to match my permit serial numbers with the serial numbers from the book.”

As for what happened in the system, the police were unable to explain it, said Mulligan, and neither can he: “They literally just shrugged their shoulders and that was that. I tried chasing it up but they were lost with it and so am I. Bottom line is I had my legitimate permits. The arresting officer said he could see they are legitimate but they were not sure how I acquired them. As a law-abiding citizen, I did what was right by coming in and applying for the renewal of my permits. I cannot explain why their system or process has been dysfunctional internally. That’s what they need to sort out. I did what was required of me and well you know the outcome and it continues to happen.”

The lawsuits have been filed and are ongoing, Mulligan reported.